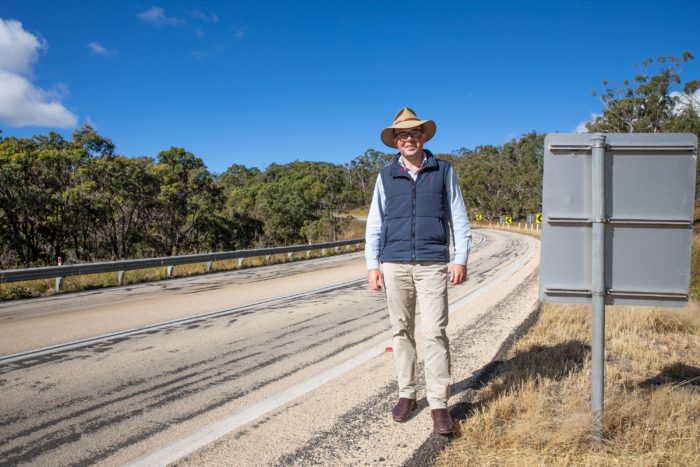 Member for Northern Tablelands Adam Marshall has announced $1.23 million will be invested in upgrading a section of the Gwydir Highway at Matheson, near the Waterloo Road intersection.

Funding has been made available through the Safer Roads Program, with the project to be delivered in partnership with Glen Innes Severn Council.

Mr Marshall said the planned improvements would help protect lives travelling the busy freight corridor to and from the coast.

“Right along the Gwydir Highway there is evidence of motorists not driving to conditions and lost control,” Mr Marshall said.

“This particular section at Matheson is notorious as it is steep, windy and often visibility can be low due to inclement weather.

“In order to give motorists greater opportunity to correct themselves should they leave the road, shoulder improvements will be made including widening and sealing.

“The existing road surface will be upgraded in an effort to improve skid resistance and reduce the risk of losing control and potentially rolling over.

“Finally, new safety barriers will be installed which are designed to absorb impact forces, reducing the energy transferred to the vehicle occupants when a crash occurs and minimising the chance of serious injury or death.

“This is a significant win for our region and will ensure we keep road users as safe as possible when travelling.”

Country people make up around a third of the State’s population but over the past five years deaths on country roads made up 67 per cent of the NSW road toll.

The State Government is investing $640 million into the Saving Lives on Country Roads Initiative, to help prevent the serious injuries and deaths of country drivers.