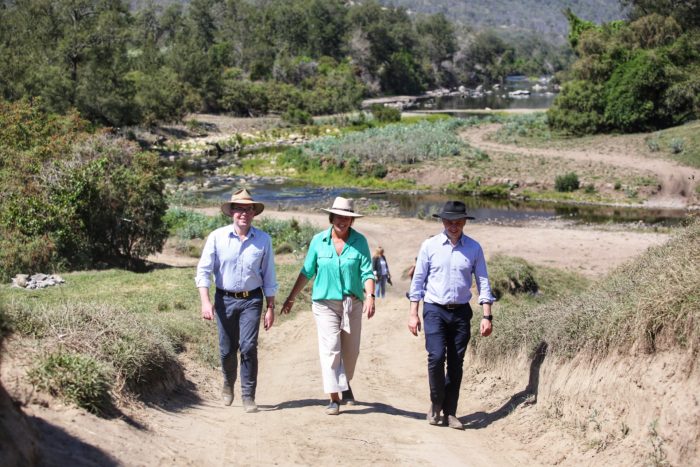 Mr Marshall was on the project site today with Minister for Energy and Environment Matt Kean and Minister for Water Melinda Pavey, along with the project’s proponents and community members for the announcement.

He said the declaration would see the project fast-tracked, ensuring the 600 local construction jobs and 600 megawatts of renewable hydro power annually, would be delivered up to three years ahead of schedule.

“We’re already home to the two largest windfarms in NSW and the largest solar farm in Australia will begin construction before Christmas, so this project is the cherry on top for us!”

The Oven Mountain Pumped Hydro project includes the construction of two reservoirs, tunnels and a new underground power station to enable water from the lower reservoir to be pumped into the top reservoir using excess renewable energy.  The water will be released to generate up to 600MW of hydro power during periods of peak demand.

“The location of the Oven Mountain Pumped Hydro project means it may be eligible to connect to the electricity network alongside other new energy generation projects as part of the recently announced 8,000 MW New England REZ.

“This is an exciting project for our region and I welcome today’s announcement confirming this project as a State significant infrastructure and ensuring our region sees the benefits sooner rather than later.”

For up to date and official COVID-19 (Coronavirus) information and advice, click on the link – nsw.gov.au/covid-19