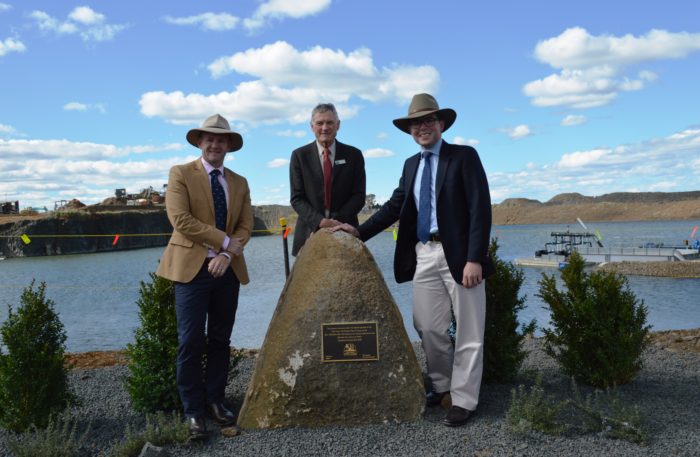 “Major infrastructure projects like this one bring security to our regional areas and create economic benefits by using local skills during construction,” Mr Blair said.

“This project is a terrific example of how this government is improving regional water security, with record investment of more than $1 billion slated over the next four years to ensure our communities are protected and better prepared for drought conditions.”

“These bores are capable of supplying 600 kilolitres of water every day, which equates to almost half of the water required when Glen Innes is on Level 4 water restrictions,” Mr Marshall said.

“I congratulate council on this innovative and visionary approach to solving its water security issues and am very pleased to say that the debate about water storage and water shortages in dry times is now officially over.

“There aren’t too many communities across the state that can say their town is drought-proof, but Glen Innes can and now has certainty of supply and huge capacity to grow.”

“To use the quarry in this way, boosting water storage by 565 megalitres, is a great example to other communities throughout NSW.”

Mayor Price said the major water security works would give the community access to water through periods of drought of up to two and a half years.

“This development of the off-stream storage, pipeline and bore works will help improve the security of the region’s water supply – the previous Beardy Waters supply had the capacity to last just five months after flow ceased,” Cr Price said.

“The combination of the existing weir, the off-stream storage volume, and the water bore development means that Glen Innes can now survive 30 months of drought.

“Additional groundwater supplies have been identified at the off-stream storage, and an additional bore is also designed and ready if ever required in the future.

“On behalf of the community, I would like to thank the state government for the significant funding for the project and our local member Adam Marshall for lobbying hard to secure it.”