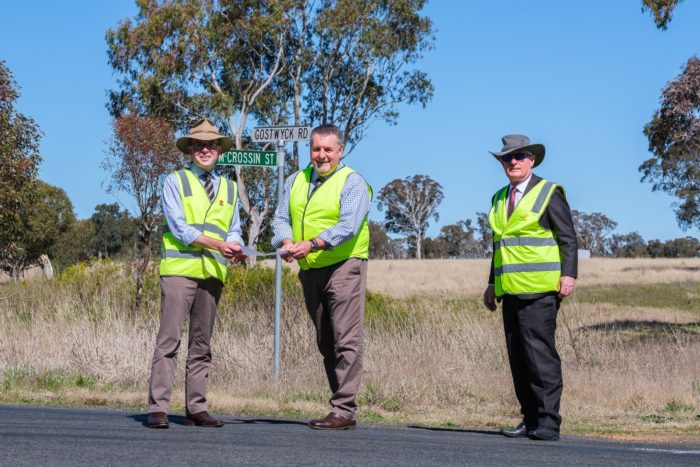 A ONE MILLION-DOLLAR council road blitz in the Uralla Shire will improve motorist safety on three important travelling routes, with Northern Tablelands MP Adam Marshall today announcing $1,010,625 in State Government funding for improvements to sections of the Gostwyck, Kingstown and Northeys Roads.

In the last 12 months, council has received $2,336,625 through the State Government’s Fixing Local Roads program.

Mr Marshall said sections of each road would undergo widening and strengthening, in order to improve the quality of ride for all motorists.

“Increased traffic on Gostwyck, Kingstown and Northeys Roads in recent years has accelerated the deterioration of the aging pavement, to the point where the roads need more than just routine maintenance to keep them up to a safe standard.

“The three roads have insufficient sealed width, particularly on curves, poor shape and drainage which can cause localised flooding.

“Using these funds, council will widen and resheet selected sections of the roads to improve safety and reduce the financial burden on rate payers for regular maintenance.

“As an added bonus the average travel speed is likely to increase, reducing the daily commute time for local traffic, the school bus and agricultural freight.”

Uralla Shire Council will also contribute financially to the project for up to 25 per cent of the project costs.

Uralla Shire Mayor Michael Pearce said since these roads were first sealed the traffic using them had increased significantly.

“Each of these roads is an essential route in the Uralla Shire, connecting the farming communities of Gostwyck, Kingstown and Arding with Uralla township and New England Highway,” Cr Pearce said.

“For regular road users, widening and strengthening the road pavement will improve the safety, particularly during the night and periods of bad weather, reducing the potential for single vehicle run-off accidents.

“Following completion, the reliability and resilience of the overall road network will be improved due to a stronger, smoother and more robust pavement for these sections of road.”