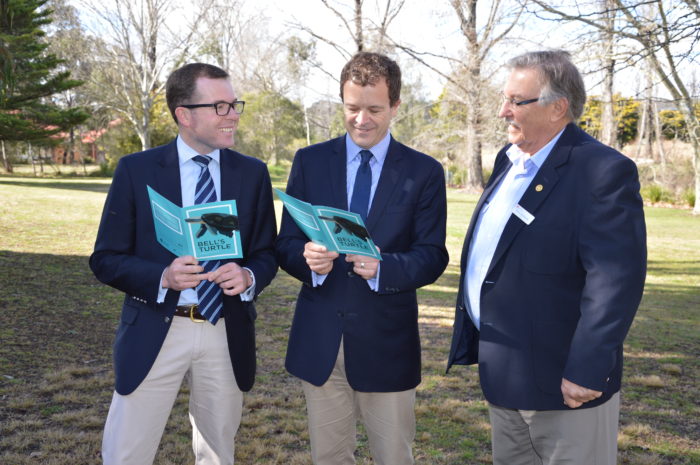 The Local Land Service is one of four organisations to share $3.7 million in grant funding to undertake a threatened species conservation project that spans 10 years under the second round of the State Government’s Saving Our Species Partnership grants program.

“The turtle is only found in the upper reaches of the Namoi, Gwydir and Macdonald Rivers, digging its nests in the sandbank of the rivers in the spring and summer.

“The $985,000 project will focus on the three population clusters across the Northern Tablelands and one northeast of Tamworth. Bell’s Turtles are listed as vulnerable in NSW.

“This project brings together a group of experts to manage, protect and monitor key sites in each of the four main Bell’s Turtle populations in NSW.

“Landholders, sniffer dogs and volunteers will all be engaged to support this effort.

“I congratulate the LLS on securing these funds and look forward to seeing the project get underway.”

Environment Minister Mark Speakman said the grants program aimed to help stop the decline of biodiversity and protect the state’s threatened species into the future.

“These projects are important to help protect and stabilise local populations under threat,” Mr Speakman said.

“The grants program gets the best bang for the taxpayer’s buck because it brings researchers, the community, land management experts and the government together to protect the state’s most vulnerable species.”

Including this second round of projects the NSW Government has invested almost $10 million in this program through its Environmental Trust. This is on top of the NSW Government’s five year $100 million Saving our Species commitment to continue to safeguard the state’s threatened species.