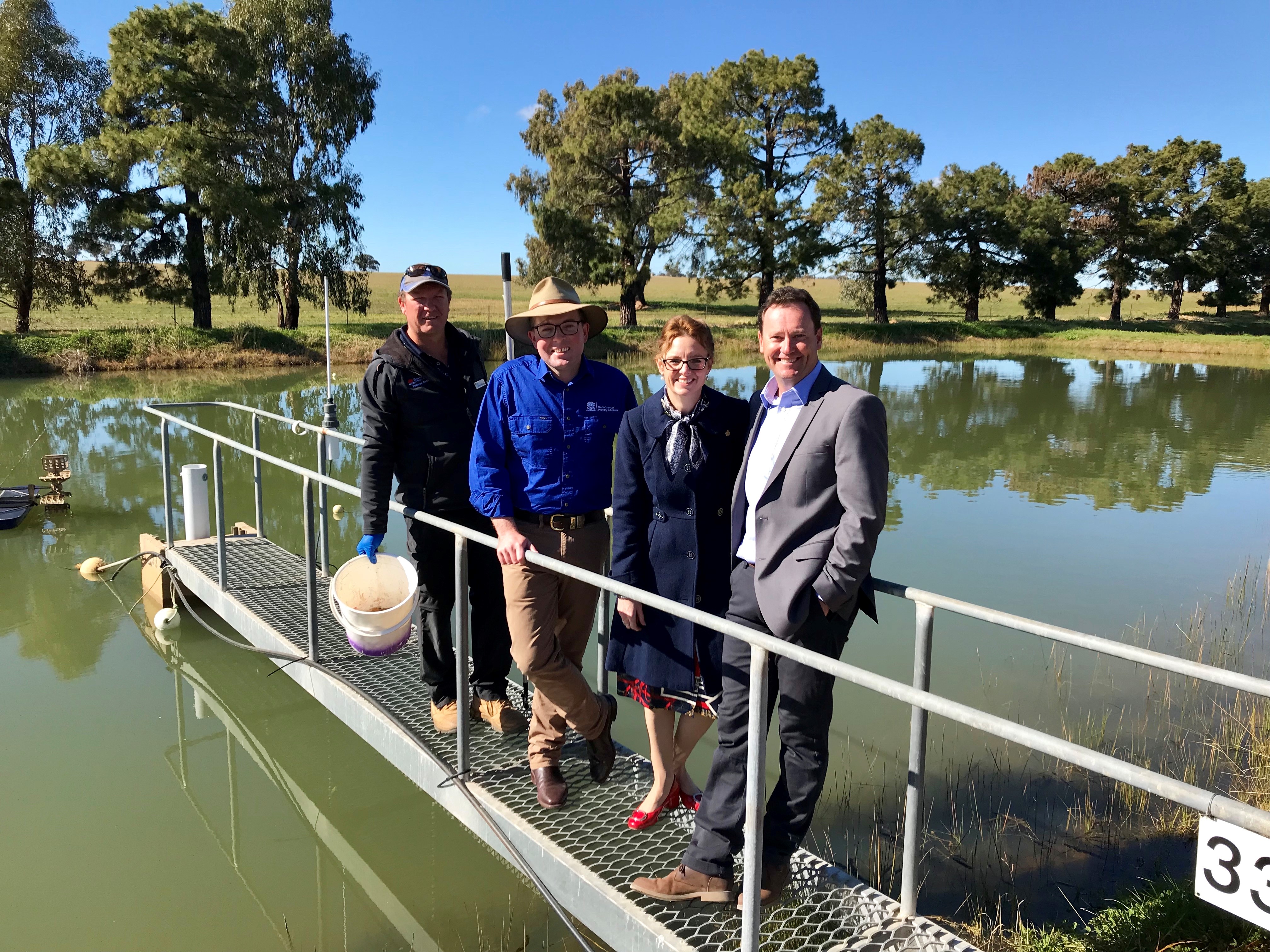 NORTHERN Tablelands MP and Agriculture Minister Adam Marshall has today announced the State Government will take unprecedented action to combat the looming threat of more fish kills this summer, with the creation of a modern day ‘Noah’s Ark’ to save the State’s native fish species from ecological disaster.

Mr Marshall announced the $10 million plan in Narrandera and said that unless there was significant rainfall in the next month, the State would almost certainly be in for a horror summer of fish kills.

“I’m not going to mince words – the situation we are facing this summer is nothing short of a fish Armageddon,” Mr Marshall said.

“We’re in the midst of the worst drought on record, with record low rainfall, record low inflows into our river systems and high temperatures predicted over the coming months.

“This is a perfect recipe for disaster and will inevitably result in wide-scale fish kill events this summer, even more significant than those we saw in Menindee earlier this year.

“While our region was largely spared the mass fish deaths which occurred in the lower half of NSW earlier this year, with the drought continuing and water becoming more scarce, we won’t be as lucky this summer.”

In response, Mr Marshall said the NSW Government would immediately embark on the largest-ever fish rescue and restocking program to protect native fish species. This includes:

“This is a $10 million package to get on the front foot and do as much as government can possibly do to address this significant threat.

“For the first time ever, we’ll be using the full resources available to the government and partnering with recreational fishing clubs and private hatcheries across the State to tackle this looming problem head on.

“There’ll be more severe fish kill events this summer and we know there’s not a lot we can do to prevent it, but this new program – the largest in the State’s history – will see every effort made to save and protect our native fish species and replenish stocks in our rivers and waterways when conditions improve.

“Native fish will be vital in the effort to restore our river system to maximum health once the water returns.

“Also recreational fishing in our western rivers like the Gwydir and Namoi is an important financial lifeline for many communities and losing that tourist income long term would be highly damaging to smaller towns.

“Together, we’ll ensure that no matter how severe this summer is, we retain and ensure the survival of our fish species and genetics up and down our State’s river systems.”