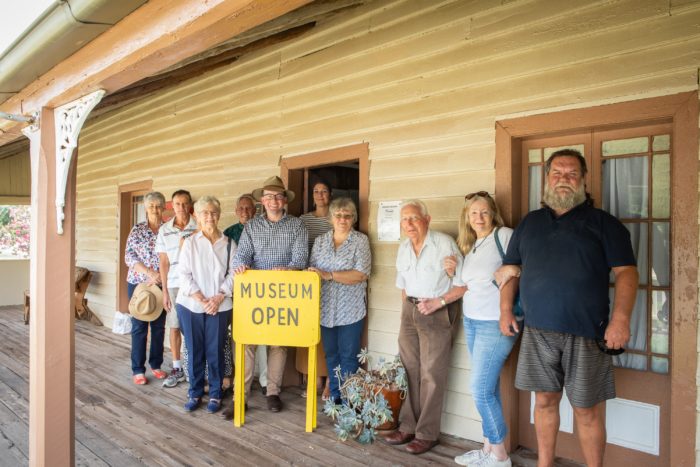 A NEW chapter is about to begin in the life of the Bingara Historical Society with Northern Tablelands MP Adam Marshall today announcing a $107,340 State Government grant to grow the organisation’s museum and create more room for important local artefacts.

Mr Marshall said it took a lot of space to properly house 180 years of a town’s history.

“From vintage pieces of clothing to archives from some of Bingara’s founding families, the Historical Museum is a step back into the Gwydir’s colonial past,” Mr Marshall said.

“There is not a bit of space in the museum complex, which includes the Post Office Hotel building, Boonda School house and blacksmith’s shop, that isn’t taken up with items from a bygone era.”

The funding will see the construction a new free standing building on the western side of the Boonda School, creating much needed additional display space.

“The machinery display currently on this site will be moved to an area behind the Salvation Army Hall, which has been leased by the Historical Society,” Mr Marshall said.

“There’s a huge amount of work which goes into curating the museum’s many different displays and I want to congratulate the organisation’s nine volunteers for the work they do collating this important information.”

Historical Society Secretary Judi Peterson said the extension would allow the organisation to conserve, preserve and display items for many years to come.

“In the museum we have boxes and boxes of items which we are unable to put out for the public’s enjoyment because we simply don’t have the space,” Mrs Peterson said.

“We have a large, donated war memorabilia display made up of weapons, medals and photographs which up until now has had to remain in storage. The additional building will mean that exhibit can become a permanent fixture at the museum, while there will now be room to rotate other different displays during the year.

“Every day there are new artefacts to collect and stories to be told and this new shed will be important in ensuring that local history lives on for many generations to come.”