$11.3 MILLION OVER NEXT TWO YEARS TO BUILD OUR COUNTRY COMMUNITIES 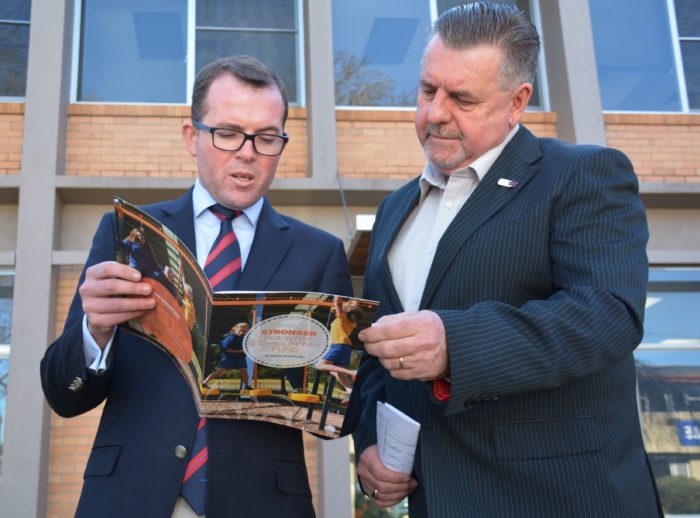 TOWNS right across the Northern Tablelands are in line to receive their share of a massive new $11.3 million investment in local infrastructure projects and community facilities, as part of the NSW Government’s Stronger Country Communities Fund.

Local MP Adam Marshall today announced the funding, earmarked for each local government area (LGA) in the region, could go towards projects such as playgrounds, community centres, halls and local parks, to continue growing country NSW as the best place to live and work.

“This funding will be felt in virtually every community across the Northern Tablelands, from big and small,” Mr Marshall said.

“Projects will be led by the community and organised by local councils – as no one is a better expert on local desires than the communities themselves. With a huge cash splash two years in a row, we’re likely to see some major projects that revolutionise local areas.”

Inverell Shire and Glen Innes Severn councils are currently working on proposals for more than $1.6 million in funding, with Armidale Regional, Moree Plains, Gwydir Shire and Uralla Shire Councils getting ready for proposals next month. The funding will be repeated next financial year.

Mr Marshall said the cash injection was designed to be fair for all parts of the region.

“Every council has been allocated funding based on need and population – with plenty to go around for every area,” Mr Marshall said. “This means smaller towns won’t be competing against larger centres, or metropolitan areas, and no one will miss out.

“I’ll be working with councils to ensure that each project will deliver the greatest impact to communities and that they are local priorities.

“We’re looking for projects worth over $100,000 that will support our local communities to grow, create local jobs, grow community economies and support local businesses. I can’t wait to see the exciting proposals brought forward by councils and communities.”

“We’re going to be working extensively with the community to devise programs that will have the biggest impact,” Cr Pearce said.

“We have a number of projects, we’ll get the community on board, we’ll get the whiteboard out, and I’m sure we’ll be able to spend that money very quickly.

Over the next two years, each LGA in the Northern Tablelands will receive the following allocations under the new Stronger Communities Fund: