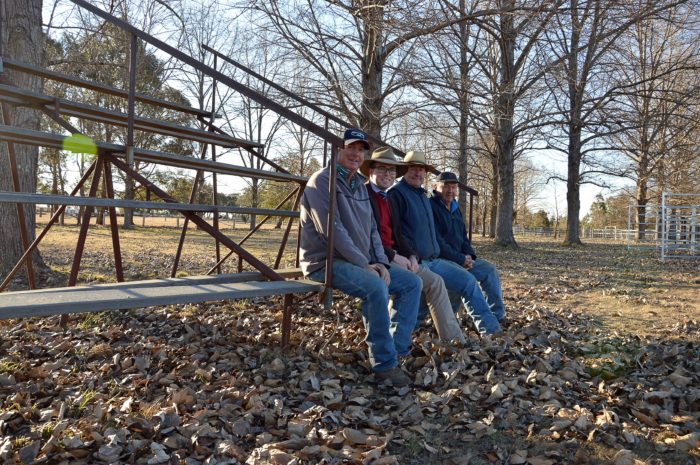 Mr Marshall announced the funding for the Glencoe Sport and Recreation Reserve Trust today, saying it’s the latest project for the progressive group to expand its event capability for more events at the grounds.

“This funding will be used to construct new portable grandstand seating for the grounds, which will replace some very old tiered seating that had to be pulled apart and packed away after events,” Mr Marshall said.

“The new galvanized steel seating will be all-weather structures and importantly be much safer and user-friendly for spectators.

“And importantly the new grandstands will increase the seating capacity from about 100 people to around 2,200 and that’s a huge bonus for the Trust to attract more people and more events.”

Trust chairman Paul Macrae described the funding as a big boost, allowing them to get rid of the out-dated five-tier structures that were a problem and a safety issue, especially for youngsters.

“It will be made of cattle rail on a steel frame, they are very strong and being made by Jurd Steel at Warialda who have a reputation for big showground seating. Because they’re made of galvanized steel there’ll be no need for painting or maintenance.

“There will be less set-up time needed; basically they’ll be a permanent structure.

“We will probably cover them and put a frame over the top or either colourbond or taupaulin roll up.

“It’s a big step forward for us and will add to the appeal and layout of the grounds.”

Mr Marshall said the new seating was the latest project for the Trust who in recent years had undertaken an impressive schedule of ground improvements including new steel fencing for the arena and pens, forming the centerpiece of the reserve and used for horse sports, dog trials and rodeos.

“The Trust also secured funding last year to replace the timber and iron canteen and barbecue area with a purpose-built kitchen and dining area, as well as renewing the bar area,” Mr Marshall said.

Mr Macrae said the grounds hosted an annual campdraft and dog trials but the latest works would add to the appeal for even more events.

“It’s a very user friendly ground; it will be an ideal venue for weddings or birthday parties, some of those good old shindigs, with a fully equipped kitchen, so it’s quite versatile,” he said.

Mr Marshall said construction was hoped to start immediately with hopes for completion and installation before the end of the year, and in place for the next scheduled dog events.

Mr Macrae has praised the program.

“It’s great to be afforded the funding through grants and programs like this to improve our grounds. We have added to the beauty of the place and to the infrastructure,” he said.