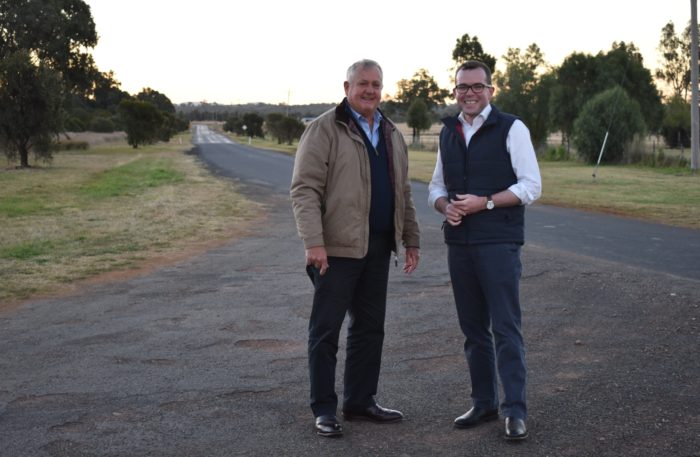 GWYDIR Shire ratepayers are now in the driver’s seat for road maintenance, according to Northern Tablelands MP Adam Marshall, with the NSW Government providing $110,000 to help Gwydir Shire Council determine and meet the community’s expectations.

Mr Marshall announced today that Gwydir Shire Council would undertake an in-depth study of its local road network, working with the community to prioritise future upgrades and repairs.

“Gwydir Shire Council is responsible for 2,025 kilometres of roads across the local government area, of which almost 70 per cent are unsealed,” Mr Marshall said.

“Council needs to effectively prioritise its funding for best results, working to allocate crews and resources to ensure key roads are attended to, without ‘gold-plating’ minor routes.

“To make the most of its annual budget, council will undertake a major review of its road network, working with the University of Technology Sydney (UTS) to hone in on the community’s expectations and service levels.

“Roads in high demand can see greater funding allocations and have their work done to best effect.”

Mr Marshall said Gwydir Shire Council had an admirable roads program for a shire of its size.

“After significant rain, 93 per cent of roads in the Gwydir Shire are usable, an impressive feat for a council with 1,397 kilometres of unsealed roads,” Mr Marshall said.

“No one knows the condition of local roads better than the people who drive on them, day in and day out. Council can use this guidance to ensure ratepayers save money while having the best possible road network.

“With this program, residents can direct works on their roads for years to come.”