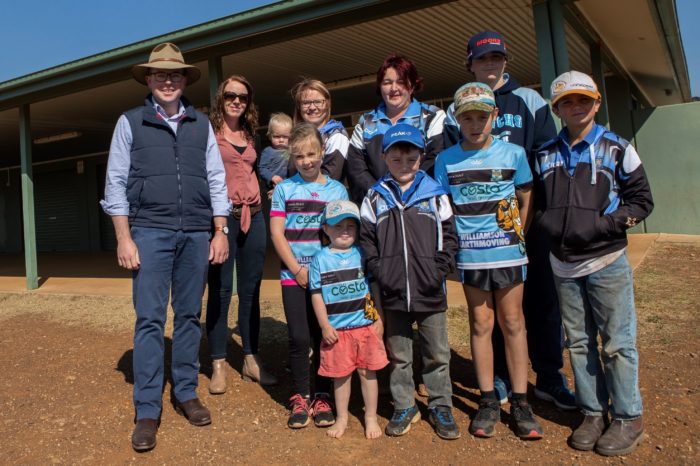 Mr Marshall said an all-weather grandstand capable of seating up to 300 people will take the Super Spuds to the next level.

“This venue is the home of all things sport in Guyra servicing both junior and senior rugby league, rugby union and junior cricket,” Mr Marshall said.

“The addition of a grandstand will be a real game-changer for everyone who utilises the facility, providing spectators relief when the cold winter winds blow as well as protection from the sun in the middle of summer.

“In recent years Guyra Junior Rugby League, led by Gina Lockyer, has worked to transform the grounds into a precinct which can host large regional tournaments by building new storage facilities and installing a secure fence.

“The Guyra Spectator Grandstand received 1,032 points throughout the My Community Project voting period and I congratulate Gina and the Guyra Junior Rugby League committee for mobilising both its supporters and the public to achieve this goal.”

“Currently our club has 130 registered players who make up eight individual teams from under 6s through to under 14s as well as three girls’ league tag sides,” Ms Lockyer said.

“I believe this grandstand will make this venue appealing as a place which can host regional carnivals and events, bringing visitors to town and injecting much needed funds into our drought stricken economy.

“The designs for the grandstand are complete and we expect it will take about six weeks for the building to be constructed. I want to thank Armidale Regional Council which manages the grounds for its support getting the project to this stage.

“This has really been a grass roots project and the committee has committed to making sure local builders and architects are contracted – many of whom a struggling to get work at the moment due to the drought.

“I want to thank Mr Marshall again for his support of Group 19 Rugby League and the Regional Sporting Complex.”