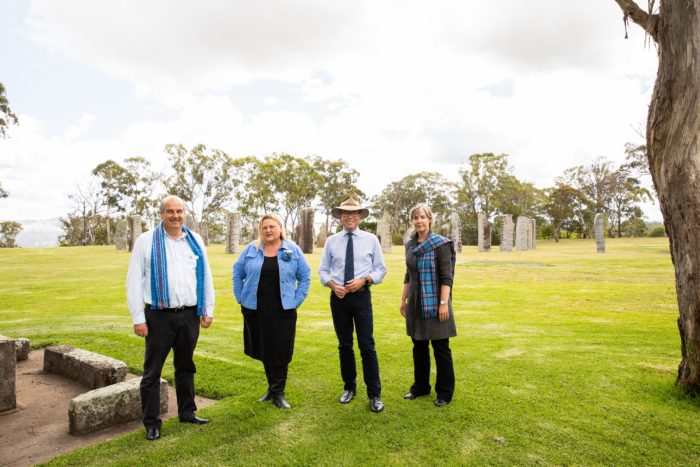 AS the clans prepare to converge on Glen Innes for the 30th anniversary of the Australian Celtic Festival, Northern Tablelands MP Adam Marshall has sounded the call to arms by announcing a $140,000 State Government grant to ensure the 2022 gathering can cater for record crowds.

Funding has been made available through the State Government’s Regional Event Acceleration Fund (REAF), developed to support the growth of existing regional events.

Mr Marshall said the anniversary would be one of the greatest showcases of Celtic history and culture NSW had ever witnessed.

“To the sound of bagpipes and beating drums, the clans will converge on Glen Innes in April for what will be an outstanding celebration of Celtic art, music and food,” Mr Marshall said.

“This year the festival, at the Australian Standing Stones, will have additional flair with this grant assisting to secure a headline music act for the performance marquee, and two sporting identities for the Highland Games.

“More than 5,000 people are expected to visit Glen Innes over the three days of the festival, and so funds will also be put towards additional amenities to cater for the influx.

“This is an opportunity to support Glen Innes’ local economy, and literally hundreds of performing artists who have been unable to celebrate their art in recent years because of COVID-19.”

“While Glen Innes is the Celtic capital of Australia, the blood of Scottish, Irish and Welsh ancestors flows throughout the entire New England,” Cr Banham said.

“Because of how many people we expect will attend this year’s festival, it is likely there won’t be enough accommodation in town to cater for everyone, and so there will be spill over into nearby Inverell and Armidale.

“We intend to use grant to run coaches for day-trippers between Glen Innes, Inverell and Armidale, increasing accommodation options for festival patrons while supporting hospitality providers in those communities.

“The 30th anniversary of the Australian Celtic Festival will be really something to behold, and I thank Adam and the State Government for providing this grant which will make this milestone something to remember.”