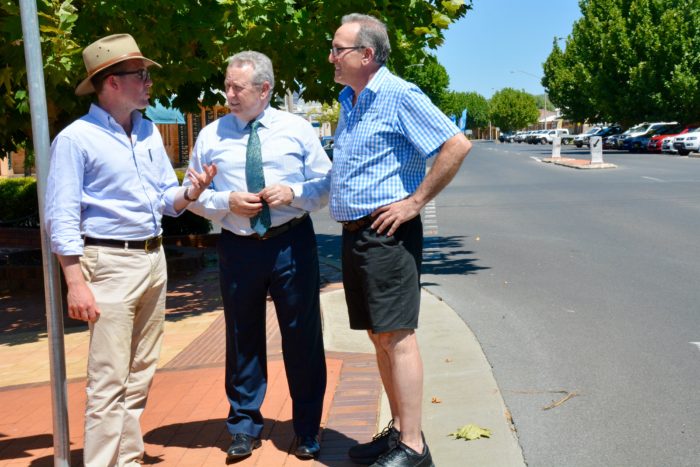 HEAVY vehicles drivers moving through the Inverell Shire can look forward to an improved standard of road maintenance, with a $144,410 NSW Government grant to begin a study of the shire’s regional roads and bridges.

“This funding will help Inverell Shire Council take stock of existing bottlenecks in their rural road network, identifying where improvements could be made,” Mr Marshall said.

“Council will inspect 15 bridges and 31 large culverts, finishing a shire-wide study of major arterial roads like the Bonshaw, Bundarra and Yetman Roads.

“Information gleaned from this massive survey will equip Inverell Shire Council to make a compelling case for upgrades, providing a case I can then use to lobby the NSW Government for further funding.

“With more then 2,100 kilometres of rural roads, and 181 bridges and major culverts in the shire, it’s vital that council engineers have effective oversight over their road network and this study will help council fill in the gaps.”

Mr Marshall said that efficiencies discovered through this research would benefit local producers and industry.

“Primary producers need to find cost savings where they can and transport is one of the areas where efficiencies can have the greatest impact,” Mr Marshall said.

“In conjunction with a $112,025 study of the Bruxner Highway previously funded under Round One of the Fixing Country Roads program, all of Inverell Shire Council’s regional roads will be assessed for high mass limit suitability by mid-2018.

“The successful completion of the recently opened $1 million Tin Tot Bridge is another prime example of how council and the NSW Government can work together to improve outcomes for industry.”

Inverell Shire Council Deputy Mayor Anthony Michael said once this project was complete, council could turn an eye to its local road network.

“Our Council remains a regional leader in proactive improvements to our road network, having prioritised the removal of weight-limited timber bridges across our shire,” Cr Michael said.

“This extensive study will give us the tools we need to ensure primary producers get the best bang for their buck possible in Inverell.

“From here, council can prioritise road upgrades based on need, look to spend our ratepayers’ funds to maximum effect and lobby the state government for extra funding where necessary.”