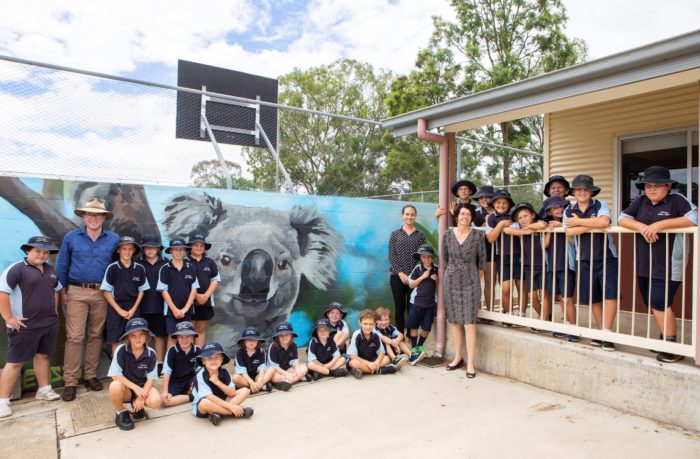 Mr Marshall said students at Delungra had been worried about the loss of koala habitat caused by the drought and had been watering, caring and releasing koalas in trees within the school grounds.

“Across the Inverell Shire it’s such a common site now to see once mighty eucalypt trees dead or dying due to a lack of water,” Mr Marshall said.

“Thankfully, at Delungra, students and their teachers have taken it upon themselves to start helping the environment to recover by propagating and growing eucalyptus tree seedlings.

“These seedlings will be distributed throughout the community for residents to plant around their properties in an attempt to regenerate habitat and food for wildlife.

“Dying trees have had a serious impact on the health of the town’s koalas, with the community launching its own rescue strategy to prevent the population from declining any further.”

The Sustainable Schools Grants empower students and school communities to implement projects that will benefit the environment by helping to save energy or water, reduce waste, or improve biodiversity.

Delungra Public School will use the funding to construct a small greenhouse in which students will propagate the seedlings.

Mr Marshall said it was exciting to see young people come up with their own innovative ways of preserve the world around them.

“While koalas are part of our national identity the marsupial acts as Delungra Public School’s unofficial mascot,” Mr Marshall said.

“Last year students did their bit to support koalas burnt during the bushfires by collecting goods like formula, syringes, saline and general medical supplies which were then donated to the Port Macquarie Koala Hospital.

“As they say from little things big things grow, and I commend the children of Delungra for taking up this mighty cause and fighting to ensure koalas remain part of their landscape.”