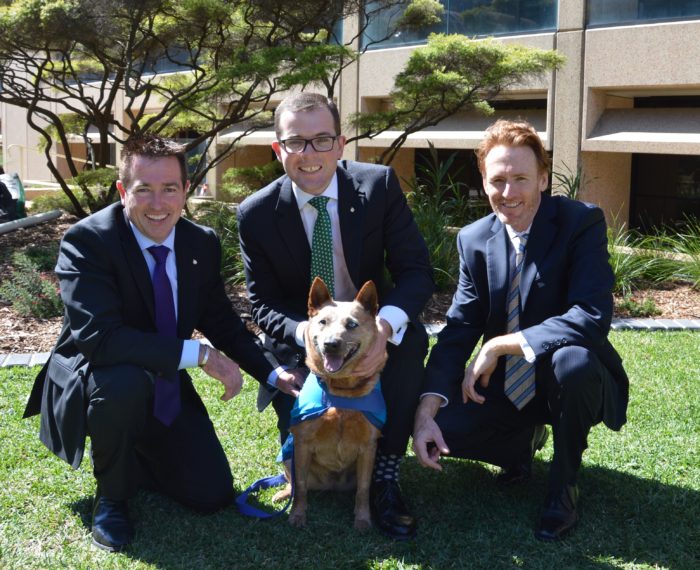 MEMBER for Northern Tablelands Adam Marshall has today announced a grant of $14,998 from the NSW Government for Inverell Shire Council to promote a new responsible pet ownership in the local community.

“I congratulate council and the community partners on taking the initiative and wanting providing this service to the wider community,” Mr Marshall said.

“Pet dogs and cats are important family members of many households around the region.”

“Council will partner with the Inverell RSPCA branch, Gowrie and Inverell veterinary clinics and the Linking Together Centre to increase microchipping and registration rates, increase de-sexing rates and reduce the number of menacing and dangerous dogs in the community,” he said.

“The program will include a holistic promotional campaign, including a community education strategy focussed on de-sexing, microchipping, vaccination and ‘petiquette’ tips for responsible pet ownership.

“This will include issues such as cat curfews and using public spaces and leash-free recreational areas.”

Mr Marshall said this was the second round of the government’s successful Responsible Pet Ownership Grants Program, which will see around $300,000 go directly to 29 councils to develop dog safety, micro chipping, desexing, and cat and dog registration programs.

RSPCA NSW CEO Steve Coleman has welcomed the second round of grants.

“Anything that improves the rates of pets being vaccinated desexed and micro chipped is something to be applauded.

Applications for Round three of the program will be called in the second quarter of 2016.