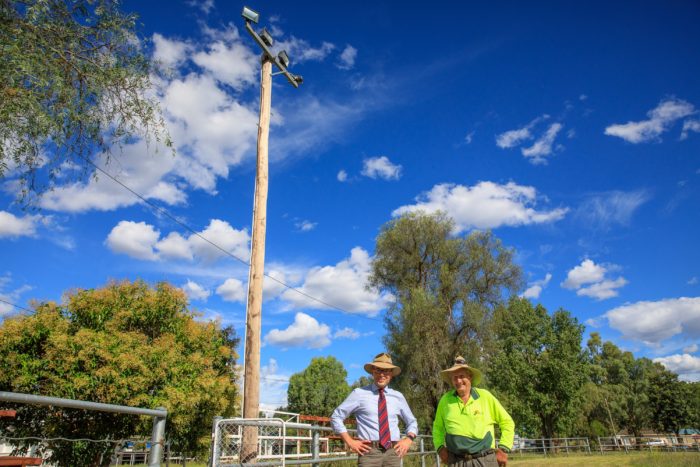 NORTHERN Tablelands MP Adam Marshall has today lit the fuse which will get the 117th Warialda Show off with a bang, announcing a $15,000 State Government grant to support a huge schedule of entertainment, including fireworks, at the event in May.

Mr Marshall said members of the Warialda P and A Association had done an outstanding job reviving the show after it was cancelled in 2020.

“To keep the momentum flowing this year, the Country Shows Support Package has helped the association cover the cost of high-quality entertainment Rooftop Express on both Friday and Saturday night.

“Consistent with other shows across the region, a portion of the funds will also be shared across the various livestock, equine and pavilion sections for prize money.

“Warialda Show is a spectacular showcase of life in the Gwydir Valley, and I look forward to this year’s event going off with an absolute bang.”

Warialda P and A Association Secretary David Coulton said the funds will support the committee’s goal of hosting an event which distracts from a difficult five year period.

“From the debilitating drought, mice plague, damaging flood rains and COVID-19 pandemic, there hasn’t been many breaks for the people of Gwydir Shire,” Mr Coulton said.

“The State Government’s funding, combined with a contribution from the Federal Government’s Foundation for Rural and Regional Renewal scheme, will cover the cost of the major entertainment, Rooftop Express, along with a big fireworks spectacular by Outback Pyrotechnics on Saturday night.

“We are looking forward to this year’s show, and are very thankful for the support provided by both levels of government to make it a success.”

Mr Marshall said Warialda Showground would also benefit from the addition of LED lighting around the arena.

“An extra light pole will also be added to the southern side of the showground, providing additional lighting for the ring and nearby pedestrian thoroughfare.”

Warialda Show is on from Thursday, 5 May to Saturday, 7 May.