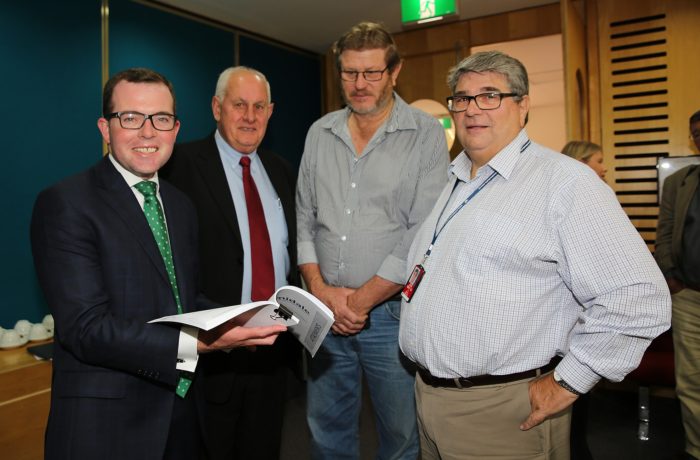 MEMBER for Northern Tablelands Adam Marshall today announced that works on the upgrades at Armidale Regional Airport will soon kick off with the tender for works on the terminal building awarded to AE Edwards Pty Ltd, as announced at a Council meeting this morning.

Mr Marshall said the upgrades would not be going ahead if it wasn’t for the more than $9 million contribution from the NSW Government.

“The Airport upgrade is a great win for the local community and will include the expansion of the airside parking apron and doubling the size of the existing passenger terminal,” Mr Marshall said.

“There will also be a new major roundabout constructed on the New England Highway to facilitate access to the revamped airport, the historic Saumarez Homestead and the two new industrial subdivisions on both sides of the highway.

“Regional infrastructure investment is so important to our community. By investing in these major works, we are ensuring the airport will be able to support growing passenger numbers and play a key role in boosting tourism and the local economy.

“These upgrades will also help improve congestion for passengers travelling through the airport, allow for more frequent aircraft movements, and for larger planes to use the airport.”

Mr Marshall heralded the news today as the “Christmas quadrella” for Armidale, on the back of the $60 million hospital redevelopment, the relocation of the Australia Pesticides and Veterinary Medicines Authority (APVMA) from Canberra and the selection of Armidale as the home of the TAFE NSW Digital Education Headquarters.

“With these four massive projects, 2017 will be the most exciting and busy on record for Armidale,” he said.

“I think it will mark the coming of age of Armidale as an inland city and regional leader. Armidale is beginning realise some of its vast potential and this project will help creating more jobs and grow the region’s economy.

“This will have huge spin off benefits for all the surrounding communities in the Northern Tablelands.

“The airport is the gateway to our entire region and having a facility that matches the strength and positivity of our region is vital to attracting further investment and growth.”

“The NSW Government has invested over $55 million in projects within the New England and North West region, including road upgrades, water security projects and bridge upgrades,” Mr Barilaro said.

“Regional NSW is the backbone of this state and the NSW Government is committed to delivering infrastructure projects so that our regions remain a great place to live, work and travel to.”