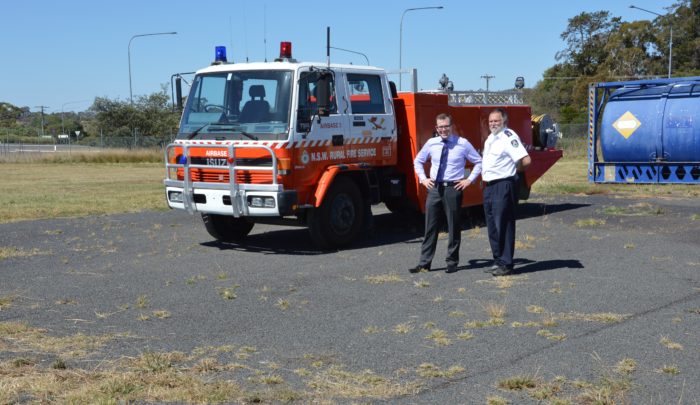 “The Bush Fire Risk Management Grants Scheme is funding these projects which were identified by the NSW RFS as vital in local bush fire risk management,” Mr Marshall said.

“In the case of the four Northern Tablelands LGAs, the RFS was keen to install water tanks at their airbases to ensure an uninterrupted supply of water during periods of intense aircraft activity.

“The 250,000 water tanks will ensure a full day’s supply of water for the aircraft, allowing the tank to be filled from the town’s water supply during off-peak periods.

“Our RFS airbases are very important to our region’s firefighting capabilities and these grants have been a welcome boost. The tanks will help reduce the potentially destructive impacts of bush fires in the future.”

“Unfortunately bush fires are a reality in Australia and we know how devastating the impact of a natural disaster can be for residents and businesses in affected areas.”

Mr Marshall said the $2.5 million state-wide grants scheme was part of the joint Commonwealth-State Natural Disaster Resilience Program which has provided NSW with $13.5 million since 2014.

RFS New England Zone Manager Superintendent Steve Mephem said he was very pleased to receive the funding as the airbase water tanks had been identified as being crucial to their ability to deal effectively with large bush fire emergency.

“During peak firefighting periods, we have had to interrupt Armidale’s town water supply to ensure we could keep the aircraft in the air and working to fully capacity,” Superintendent Mephem said.

“With these huge tanks we can now have a full day’s supply as a buffer and not have to call in additional resources to maintain the water supply. We simply fill them every night.”