$16,219 FOR OVERHAULL OF BOOMI SPORTSGROUND 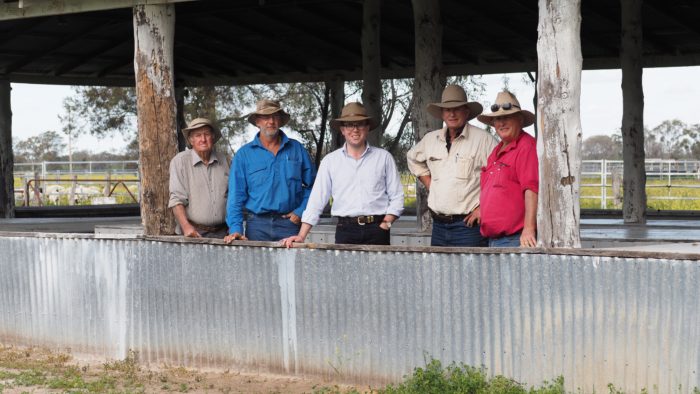 THE effort to freshen up Boomi’s sportsground has received new stimulus, after the Boomi Sportsground Reserve Trust secured $16,219 in State Government funding for maintenance works.

“This funding will help the Trust take down old boundary fencing and build a new fence while tidying up the boundary line,” said Northern Tablelands MP Adam Marshall, who announced the grant yesterday in Boomi.

“It’s one step in the community’s long road to overhauling the classic ground. Like so many of these public reserves, the original infrastructure was built of timber and it now requires sustained effort to keep those buildings functional and legal.”

“The Public Reserves Management Fund supports the people behind the hundreds of voluntary public groups that keep these community assets alive.

“Without the people, and without this funding, our struggling country towns would lose large parts of their heritage and the infrastructure necessary to bring people and revenue into the area.”

The funds will be used for prizes for junior anglers at the club’s annual Fish On event.

The ground hosts an annual campdraft to raise money for Boomi’s three churches, and a ‘mud trial’ event, in addition to being a favoured stop-over for car rallies.

This year, more than $550,000 was secured for projects across the Northern Tablelands.

PARENTS & CARERS TO BE WELCOMED INTO SCHOOLS FOR FIRST DAY BACK

$63,000 RAMPS UP ACCESS TO GUYRA COMMUNITY HALL AT SHOWGROUND