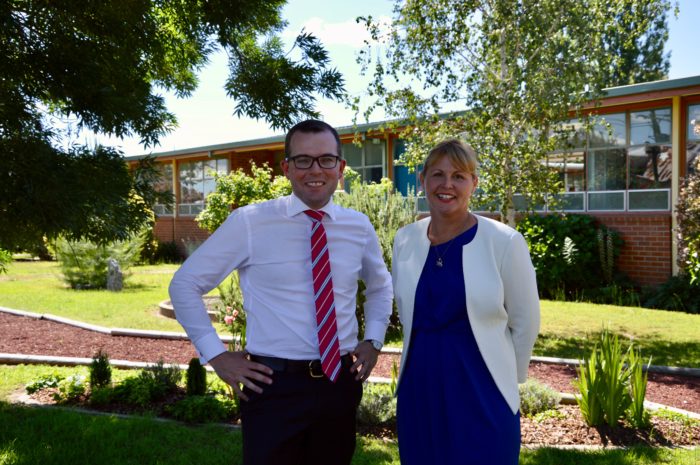 The local MP announced $175,000 in funding from the NSW Government for a new septic system to be built within the school, capable of connecting seamlessly to the planned town-wide sewerage system, which Uralla Shire Council has received funding to construct.

“The school is on the banks of the Gwydir River and has a rather old septic system which failed last year, spewing raw sewerage into the school’s playground,” Mr Marshall said.

“While there were some temporary measures put in place to ensure student and staff safety, this funding will solve the problem for good and ensure the school can be connected to the new Bundarra Sewerage Scheme, when it’s constructed by council.

Mr Marshall said work on the new infrastructure at the school would begin in the coming week, which involves decommissioning existing septic tanks, supplying and installing new tanks and sewer lines and commissioning a new treatment system.

“This $175,000 initiative has been designed alongside plans for the town’s sewerage scheme, ensuring an easy link-up when Uralla Shire Council begins the $5.25 million overhaul,” he said.

“The Department of Education has also recently finished upgrades that will save water and mitigate potential environmental impacts of the school’s old septic system.”

“This new reticulated sewerage system will improve reliability, reduce risks to public health and the environment, and remain a cost-effective option compared to residential septic tanks.

“With Uralla Shire Council set to begin construction over the next year or two on the town-wide scheme, works need to begin now to ensure Bundarra Central is ready.”

The NSW Government has provided $3.675 million for the Bundarra Sewerage Scheme, 70 per cent of the total cost of the new system.