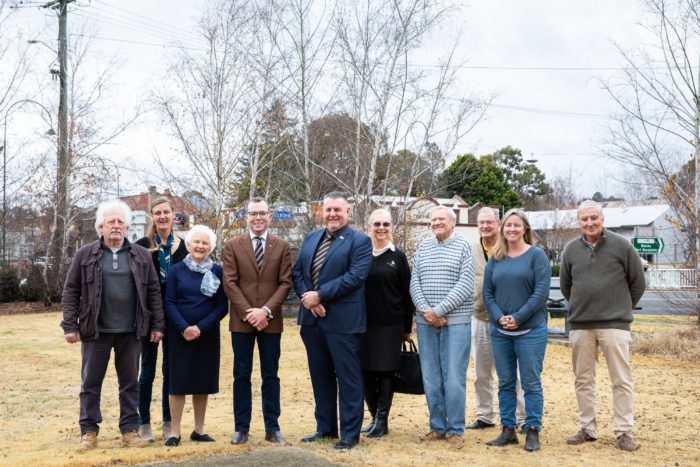 INCREASING foot traffic, rather than vehicle traffic, will be at the heart of a project to ‘turbo-charge’ Uralla’s CBD, with Northern Tablelands MP Adam Marshall today announcing a $2 million State Government grant for Uralla Shire Council to improve access to local parks and public spaces.

Mr Marshall said council had put forward a number of projects for Department of Planning approval, centered on activating underutilised areas in town.

“Uralla has become one of the region’s premier destinations for day trippers and tourists, and while its retail and hospitality scene has powered ahead, it’s time to lift the town’s public spaces to help reflect that success,” Mr Marshall said.

“Throughout Uralla there are a number of underdeveloped parks that get few visitors due to lack of amenities, access or attractions.

“Council has submitted a proposal, based on community feedback, which would see some of these spaces reinvigorated through the addition of artistic and heritage elements, as well as improving general amenity.”

“A council delivered beautification of the township’s public spaces is just reward for those dedicated small business owners who have kept their doors open and shelves stocked during the difficulties of COVID-19 and drought.

“I look forward to the final list of agreed projects being announced and seeing Uralla’s public spaces further improved for the enjoyment of the local community and visitors.”

Uralla Shire Mayor Michael Pearce said the grant is the result of council making changes to its planning processes.

“Uralla Shire Council was an early adopter of the online planning portal, and have put measures in place to speed up DA approval times,” Cr Pearce said.

“Currently, the median DA processing time has been reduced to eight days. From 3 May, the Building Certifier services have also been doubled to two days per week.”

The major funding allocation is the result of the State Government’s Public Spaces Legacy Program, which incentivised councils to accelerate their assessments of development applications (DAs) and rezonings to create new development capacity and meet demand for housing and employment over the next decade.