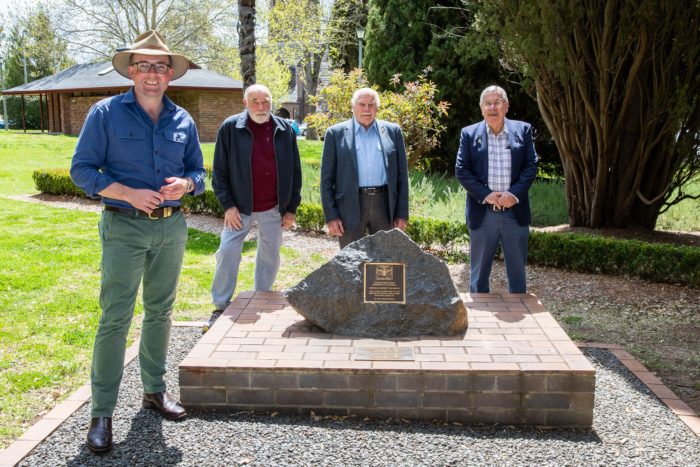 THE contribution of local military personnel to Australia’s various National Service schemes will soon be immortalised, with Northern Tablelands MP Adam Marshall announcing a $2,000 State Government grant to support the publishing of book, to mark the 20th anniversary of the Armidale and District National Servicemen’s Association Sub-Branch.

Mr Marshall said conscription had played a significant role in the nation’s military history, and the service of the Nashos must be remembered.

“For many young Australian’s who fought in conflicts throughout the 20th century, going to war wasn’t something they signed up to voluntarily, it was forced through Government policy,” Mr Marshall said.

“In order to permanently record the sacrifice of those brave Aussies the Armidale Sub-Branch of the Nashos is compiling a history of four different National Service schemes in Australia, between 1911 and 1972.

“The book will also include articles on national servicemen involvement in WW2 and Vietnam, an honour roll and nominal roll and press reports and photos of the Sub-Branch history from 2001 to now.

“More than 50 books will be printed, with a number of those to be donate to local schools and the public libraries in Armidale, Guyra and Uralla.

“I want to thank the Nashos for their ongoing service to our community and look forward to getting stuck into a copy once the book is complete.”

President of the Armidale Sub-Branch Barry Dawson said the project would leave a legacy of knowledge and information, on the 1.2 million men and boys who served as Nashos.

“This book is very important for our members, who have long worked to enlighten the public on all of the aspects of the four national service schemes that have been implemented in Australia,” Mr Dawson said.

“All of our members are over 70 years of age, and the next five to ten years will have a great impact on our ranks leaving fewer living Nashos to pass on our history.

“A lot of work has already gone into pulling together the information for the book. We hope to start printing by February 2021, ahead of the launch in June which will align with our 20th anniversary.

“I am extremely grateful to Adam for this grant as it will help establish an enduring legacy well beyond our life time for the present and future generations.”