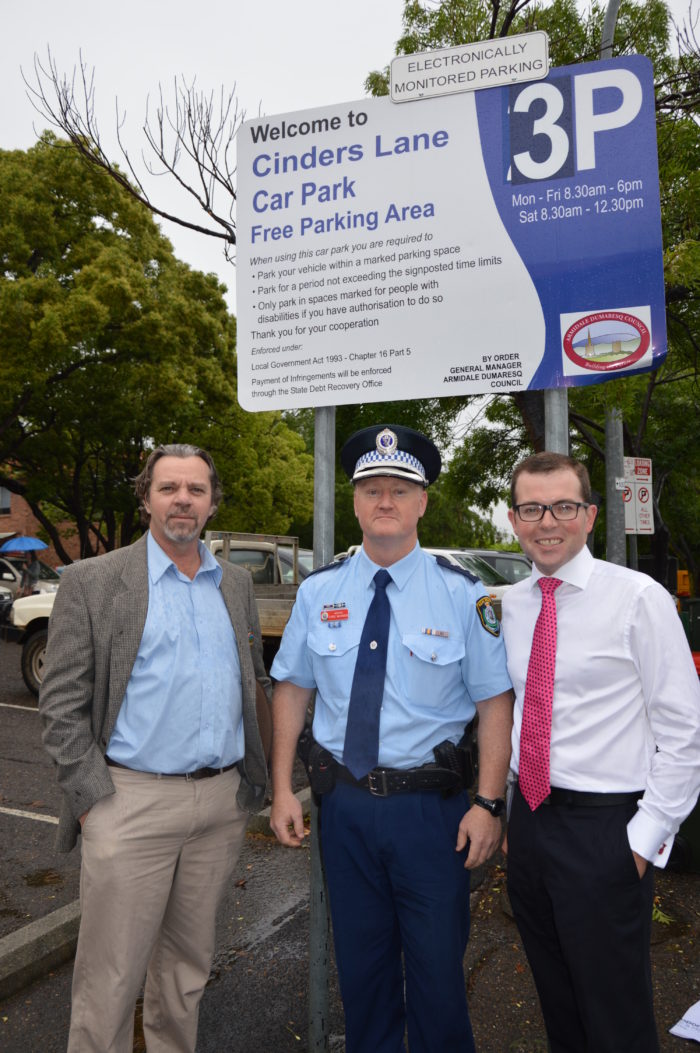 Mr Marshall said warning signs would be erected in and around council carparks and the Lock it or Lose it message would be promoted on flyers, on council’s website and in social media.

“The Lock it or Lose it campaign will make motorists more security conscious and promote the simple ways people can reduce the risk of their vehicles being targeted by thieves,” Mr Marshall said.

“Theft from motor vehicles is growing a problem in Armidale but in many instances it is an opportunistic crime that can be easily prevented.

“Before locking your car, you should not only remove all items of value but also make sure there is nothing on display that looks like it might contain valuables.

“For example, leaving an empty bag on a car seat could result in your vehicle being broken into because the thief didn’t know the bag was empty.”

Mr Marshall said while overall figures from the NSW Bureau of Crime Statistics and Research were pleasing for Armidale, they did not necessarily reflect the full extent of the problem.

“I encourage anyone who experiences or witnesses the crime to contact police immediately.”

The NSW Government provides up to $1.37 million to local councils each year to implement grassroots crime prevention programs as part of its Safer Community Compact program.

The Safer Community Compact program recognises local people understand the crime problems facing their towns and play an important role in addressing them.