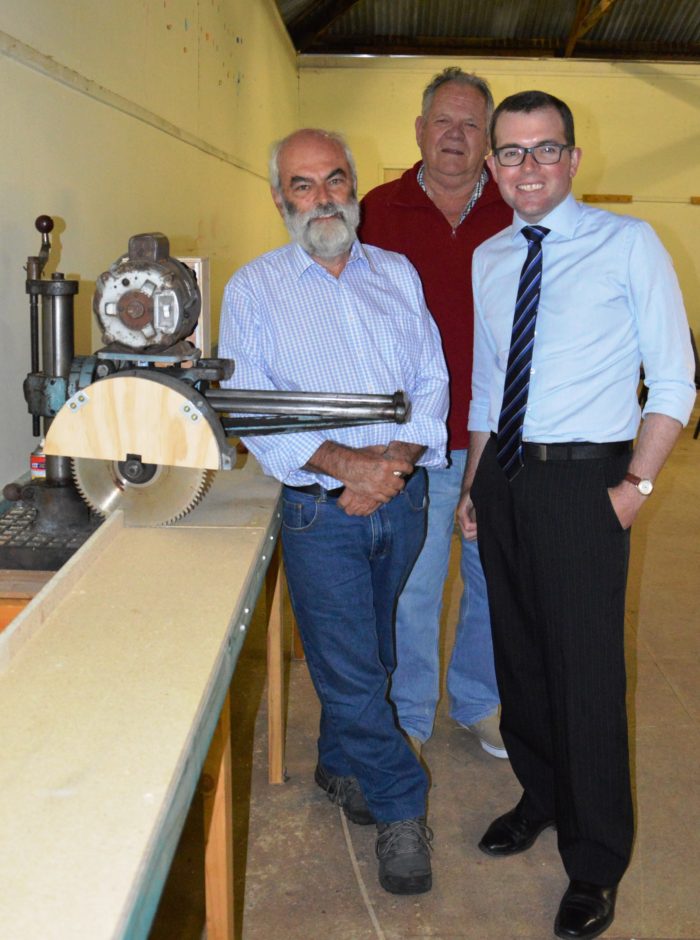 “This $20,500 grant will go towards a prefabricated shed to accommodate the newly formed Uralla Men’s Shed,” Mr Marshall said. “It will be erected by their volunteers with trade supervision where required. This is a great start for the group.”

Mr Marshall said he was only too pleased to lend his support to the Uralla Men’s Shed as he couldn’t speak highly enough of the wonderful work Men’s Sheds across NSW.

“By bringing men together in a social environment and providing them with a purpose, this Men’s Shed will play an extremely important role in combating issues such as loneliness, which can be a trigger for mental illness,” he said.

“To date the group has 26 members and they will hold their first gathering for the year in the old scout hall next month to get things rolling.

“They’ve also received support from the community through financial grants from Lions and Rotary and Uralla Shire Council has also chipped in with funds to paint the old hall.

“I was pleased to support their application and I’m sure it won’t be too long before the group has raised enough funds to get their shed up and running.”

Mr Marshall said there were several Men’s Sheds in the electorate successfully bringing men of all ages and skills sets together.

“The Sheds are well regarded within the community as a place where local men form friendships as they work together on a diverse range of projects,” Mr Marshall said.

“Each Men’s Shed has its own unique character and structure and what they produce certainly depends on the particulars skills of the members – they also respond to the needs of the community.”