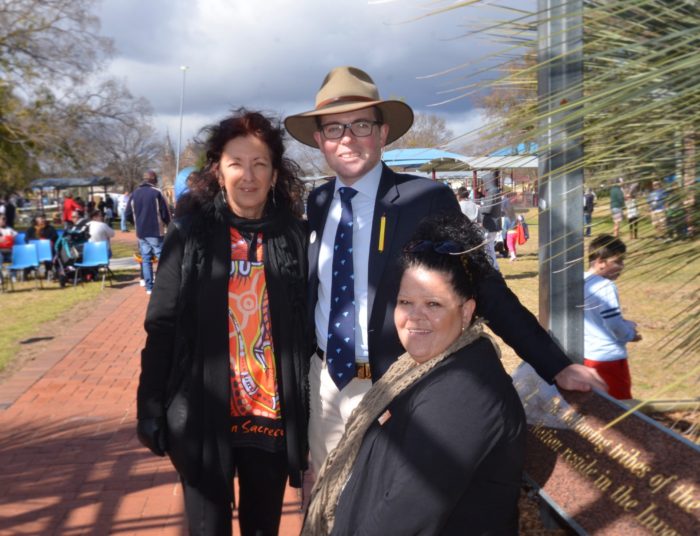 “The poor health of Aboriginal people compared to the rest of the population is well documented,” Mr Marshall said.

“The tragedy is that illnesses like diabetes, heart disease and other chronic conditions that afflict Aboriginal people are preventable.

“This additional NSW Government funding is being delivered to help Armajun educate its clients about the links between lifestyle and disease.”

Mr Marshall said that, among other things, the funding would help the service refer more people to healthy lifestyle and treatment programs such as the Go4Fun child obesity program and the Get Healthy Coaching service.

“Hopefully, this will mean that Armajun will eventually see fewer of these sorts of diseases and local Aboriginal people will be able to have better quality of life,” he said.

More than 92 per cent of Armajun’s clients are Aboriginal people. In an area covering the local government areas of Tenterfield, Glen Innes, Guyra, Armidale, Uralla, Walcha and Inverell, with an Aboriginal population of 4,228, the service treated 3,178 clients in 2014/15 and provided nearly 44,000 occasions of primary health care.

Chronic diseases account for the greatest contribution to the gap in morbidity and mortality between Aboriginal and non-Aboriginal people in NSW.

“Ensuring local services are equipped to address the health needs of the local Aboriginal communities is key to improving life expectancy,” he said.

“We were actually one of seven Aboriginal Medical Services across NSW to receive the funding and none of us had previously received any funding from NSW Health,” Mrs McCowen said.

“It will allow us to employ a social and emotional mental health worker, which we haven’t had the capacity to do in the past.

“We’ll run some smoking cessation programs and allow us to engage a physiologist to help people with their diet and their weight.”