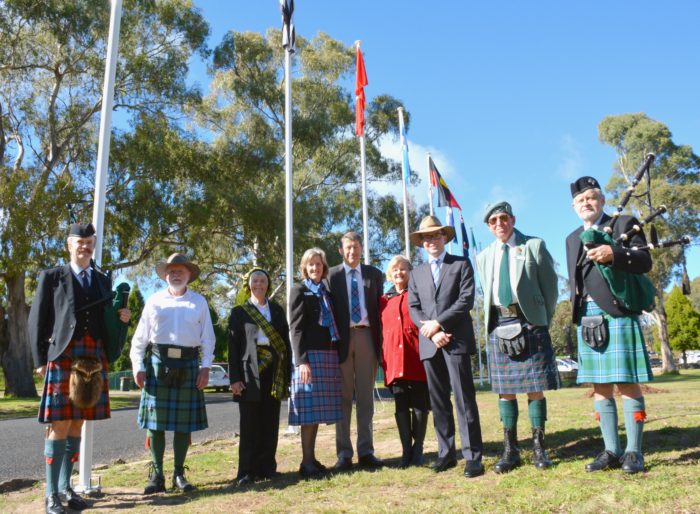 LOVERS of Celtic culture, fashion and music have enjoyed a quarter-century of the best at Glen Innes – with preparations now underway for the town’s biggest Celtic Festival ever this weekend.

“This is truly a unique event for Australia, and a true jewel in the crown of Glen Innes’ unique approach to attracting visitors from across the world,” Mr Marshall said.

“25 years ago, the then Tourism Minister joined a group of locals to launch the town’s standing stones, and the Celtic Festival shortly after.

“The festival was instantly recognised as a unique contribution to the region’s cultural landscape. The Celtic Council of Australia hailed Glen Innes the ‘Celtic centre for the Southern Hemisphere’, and 25 years on, we know that to be true.

“It has come ahead in leaps and bounds since 1992, and now attracts thousand to Glen Innes every year. I look forward to seeing how the event continues to develop over the next 25 years, under the capable stewardship of the Standing Stones Committee and Glen Innes Severn Council.”

This year, the event celebrates the contribution of Ireland to the Celtic legend. Riverdancing, internationally celebrated whisky and even jousting will transport visitors back in time to the days of Normans, Lords and Gaelic Chiefs – all just a few hours from Brisbane.

Mr Marshall encouraged all lovers of music, culture and food to make the excursion to Glen Innes this weekend.

“There are few places in Australia where you can hear a bagpiper drone through the morning fog, see traditional Gaelic ceremonies, and watch a jousting match to the tune of Irish drums,” Mr Marshall said.

“The 2017 Celtic Festival will be a must-see event, and I encourage all cultural buffs to make the journey to Glen Innes on May 4-7.”