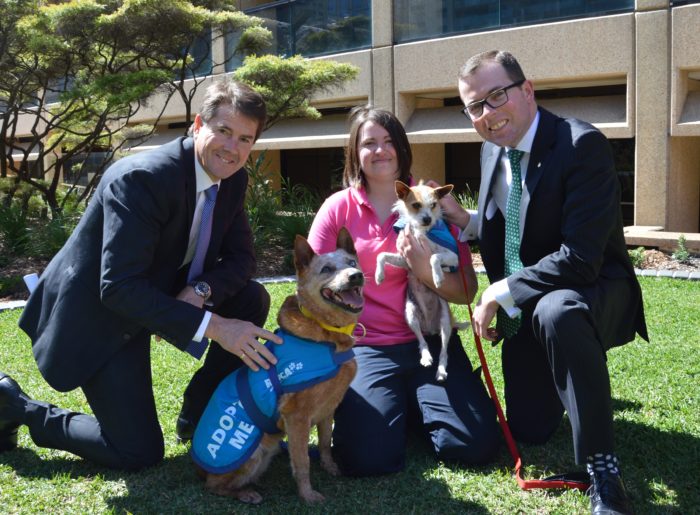 Mr Marshall said Uralla and Walcha Councils had joined forces to deliver the ‘Animals are our Companions’ program. He said the initiative would see the councils share ranger and veterinarian services, as well as provide discounted vouchers for de-sexing and micro chipping pet dogs and cats.

“I congratulate the councils for their leadership in promoting responsible pet ownership. The funding boost will go a long way in increasing awareness and providing affordable services to the community,” Mr Marshall said.

Mr Anderson said pet dogs and cats are important family members of many households around the region.

“The NSW Government is committed to improving the positive benefits of pet ownership while strengthening safety in our local neighbourhoods,” he said.

Minister for Local Government Paul Toole said this is the second round of the Government’s successful Responsible Pet Ownership Grants Program.

RSPCA NSW CEO Steve Coleman has welcomed the second round of grants.

“Anything that improves the rates of pets being vaccinated de-sexed and micro chipped is something to be applauded,” Mr Coleman said.

Applications for Round three of the program will be called in the second quarter of 2016.