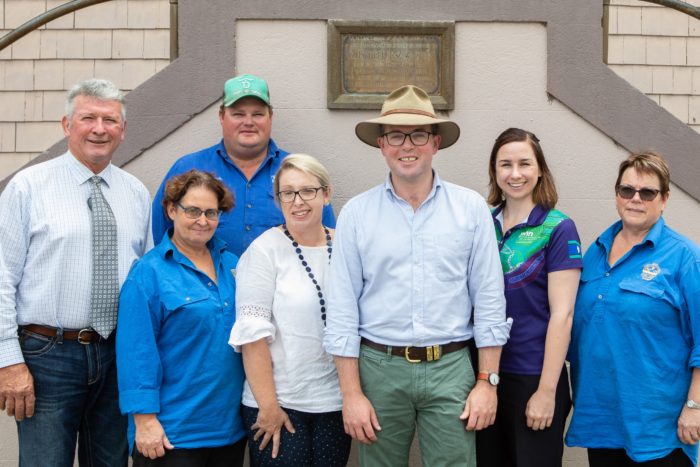 THE sound of music will ring through the hills around Tenterfield this year with Minister for Agriculture and Western NSW Adam Marshall yesterday announcing a $25,000 State Government grant to support a community drought concert, organised by the Tenterfield Show Society.

Show Society Entertainment Co-ordinator Kim Rhodes said the grant would help in getting as many people as possible to the ‘Lift the Country Spirits Musical Event’.

“From the Queensland border at Legume down to the southernmost community in Tenterfield Shire of Torrington, there is not one person who hasn’t been affected by bushfires and ongoing drought over the past 12 months,” Ms Rhodes said.

“Normally it’s the Tenterfield Show which draws people off the farm and into town for a catch up with friends but this year the Show Society identified something extra might be needed to pick up the mood in the community which is why we came up with the ‘Lift the Country Spirits Musical Event’.

“We will put some of this funding towards hiring buses to transport residents from our smaller villages to the event free of charge, while also contributing to the procurement of a line-up of well know country music artists.

“There will be an element of fundraising associated with the concert as the Show Society tries to pull together funds to rehabilitate its grounds, following extensive use by NSW Rural Fire Service helicopters and trucks during the bushfire crisis.

“I want to thank Minister Marshall, Minister for Mental Health Bronnie Taylor and our Federal Member Barnaby Joyce for all supporting us with this grant which I know will have a positive impact in the community.”

Mr Marshall said the ‘Lift the Country Spirits Musical Event’ was a fantastic way to bring the community together during an incredibly tough time.

“Ongoing drought and consecutive bushfires have absolutely devastated both the Tenterfield community and local economy over the past year,” Mr Marshall said.

“This $25,000 grant has been made available through the Drought Resilience Fund which backs community driven initiatives that reduce social isolation and other risks to wellbeing brought on by the hardships of drought and the recent bushfires.

“As a community we need to be checking in regularly and looking after mates we suspect might be struggling and this fund is about giving communities the kind of support they believe will lift their spirits and maintain those important social connections.

“I want to congratulate the entire Tenterfield Show committee for their advocacy on behalf of the community and hope a great time is had by all who attend.”