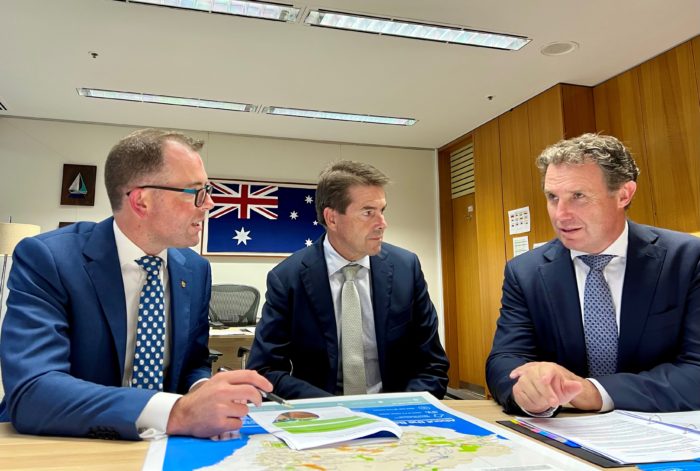 Mr Marshall and Armidale Regional Council Mayor Sam Coupland had a face-to-face meeting with Water Minister Kevin Anderson recently to brief him on the details of the proposal and seek his support for the capital funding to get moving on the water security project.

Armidale Regional Council has been developing detailed plans and costings for the Malpas Dam expansion, as well as other measures to secure water supply for decades to come.

Mr Marshall said if any lesson had been learned from the devastating drought, it was that action to ensure potable water security for Armidale, Guyra and surrounding communities was critical.

“When Malpas Dam was built nearly 60 years ago, it was done so with the view of increasing its capacity in line with the region’s population growth,” Mr Marshall said.

“Now is the time for us to be as bold and as visionary as this region was back in the 1960s and after the meeting with Minister Anderson I am confident we are on track to achieving that goal.

“This ambitious project must be the positive legacy to come from the worst drought in living memory.”

Mr Marshall said the meeting was a good opportunity for him and Mayor Coupland to brief Minister Anderson on the details of the project and the benefits of for the entire region.

“The beauty of this project is that it’s an expansion of an existing dam, not building a new one. If we lift the existing dam wall by 6.5 metres, then we can gain an extra 17 gigalitres – more than doubling the existing 13 gigalitre capacity of Malpas Dam and transforming it into a true regional water storage,” he said.

“A Malpas Dam with more than double its current capacity has to be the legacy we leave the next generation to withstand future droughts and allow the region to grow and prosper.

“Sam and I were very direct with Minister Anderson – the cost of doing nothing at Malpas Dam is far too great for the future of our region.

“I want to thank the Minister for hearing our ambitious proposal and I will continue to work with him and council to secure the required capital funding as quickly as possible to get cracking on this vital project.”