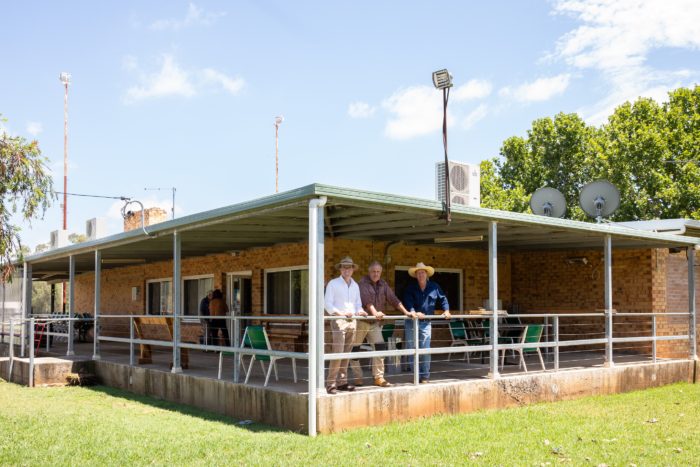 IT’S not often that Northern Tablelands MP Adam Marshall takes on the job of pizza delivery driver, but at the end of last year he travelled to Upper Horton to announce a $26,500 State Government grant for a new rotisserie pizza oven and solar panels at the Sports Club.

“Despite its rural location, the facility struggled in 2020 from low revenue, caused by COVID-19 restrictions.

“Looking for a way to reduce the club’s overheads, the committee and management has initiated a plan to install 36 rooftop solar panels, which will generate 12.6 kilowatts of electricity.

“Annually, the average power bill for the club and recreation ground is around $26,000.

“With the electricity generated from the solar panels, it is anticipated the club will slash that bill by around $7,080, meaning more funds that can be invested in improvements to amenities and maintenance.

“I’m pleased the club will also be able to purchase a new rotisserie pizza oven, which will be put to good use at its popular Sunday evening pizza nights.

“The more people the club can entice through its doors the more cash it can generate to cover operational costs.”

Club Manager Lindsay Hagan said without State Government initiatives like the Community Building Partnership Program, organisations such as theirs would struggle to keep their doors open.

“The Upper Horton Sports Club is the nerve centre of our little community, offering a space for locals to gather and take a break off the farm,” Mr Hagan said.

“Having an additional $7,080 each year to spend upgrading facilities will ultimately result in a better social experience for patrons.

“All up, we have around 240 members, but our community events thorough the year cater to over 5,000 people.

“We are using Tamworth contractors for the supply and installation of the solar system, and will utilise local contractors where possible for other elements of the project.

“The solar install is expected to be completed in the first half of this year.

“Due to the drought and COVID-19 we were concerned these projects may have to be shelved due to our finances, however this grant made all our Christmas wishes come true.”