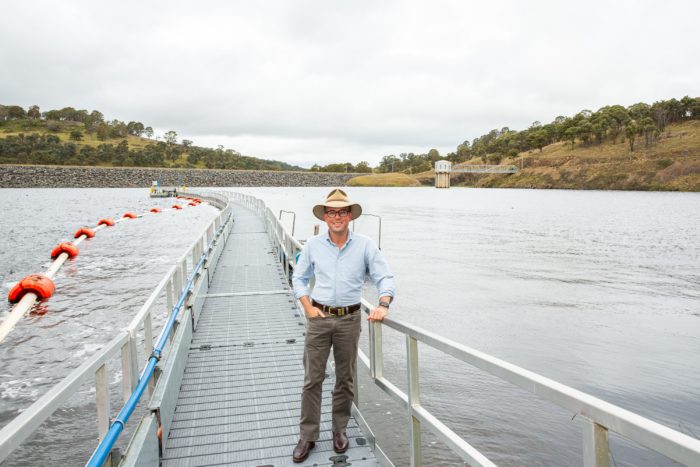 Water security flows for the communities of Armidale and Guyra, with Northern Tablelands MP Adam Marshall welcoming a $27 million funding reservation for the raising of Malpas Dam wall in the 2022-23 NSW Budget.

WATER security has today flowed for the communities of Armidale and Guyra, with Northern Tablelands MP Adam Marshall welcoming a $27 million funding reservation for the raising of Malpas Dam wall in the 2022-23 NSW Budget.

Mr Marshall said the project would deliver long-term water security to the region.

“Today the taps were turned on and economic certainty was delivered to businesses and households in Armidale and Guyra,” Mr Marshall said.

“Since the end of the drought in 2020, Armidale Regional Council has been investigating ways to protect local communities from future dry periods.

“The beauty of the Malpas Dam project has always been that it’s an expansion of an existing dam, not the building of a new one, meaning reduced planning and approvals are required to get to construction stage.

“The State Government has now provided the funding needed to start preparing the raising of the dam wall by 6.5 metres, which will more than double the existing 13-gigalitre capacity.

“This will transform the dam into a true regional drinking water storage, which could have the potential to service places like Uralla and Invergowrie into the future.

“This is a red-letter day for the Northern Tablelands and I look forward to sitting down with council shortly and begin working towards the start of construction.”

Mr Marshall recognised Mayor Sam Coupland and General Manager James Roncon who have spearheaded the development of detailed plans and costings for the Malpas Dam expansion.

“I have always said, while this is an ambitious project it must be the positive legacy of the worst drought on record,” he said.

“Through the efforts of council, our region’s next generation will have greater ability to withstand future droughts.

“There is no doubt that raising Malpas Dam wall is the quickest and most cost effective means of achieving that outcome.”