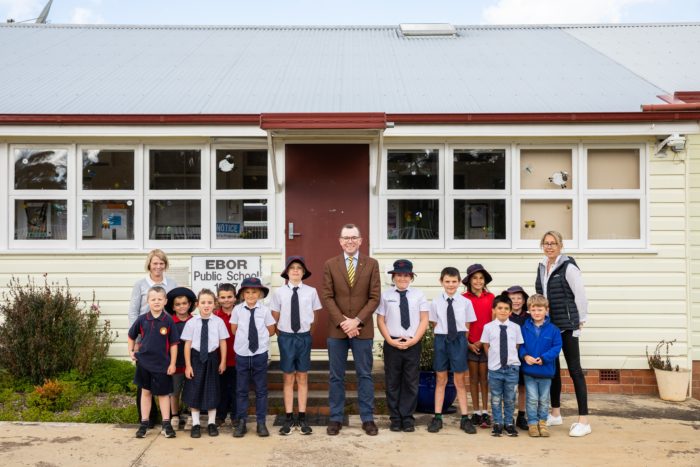 Northern Tablelands MP Adam Marshall, centre, on a recent visit to Ebor Public School, which will receive a funding boost next year as part of the State Government’s needs-based schools funding.

In total, the 59 Northern Tablelands public schools will receive $28.9 million in needs based equity funding next year.

He said that since Gonski was introduced in NSW, the needs-based funding allocation model had seen annual recurrent funding for the 59 Northern Tablelands public schools increase by $17.6 million.

“The difference between pre-Gonski funding allocations just seven years ago and today could not be starker,” Mr Marshall said.

“Instead of celebrating almost than $29 million in funding next year, without Gonski, our locals schools would only be receiving $9.4 million, or 65 per cent less.

“Many schools in the Northern Tablelands electorate will see additional benefits in areas such as literacy and numeracy support, teachers’ professional development and community engagement.”