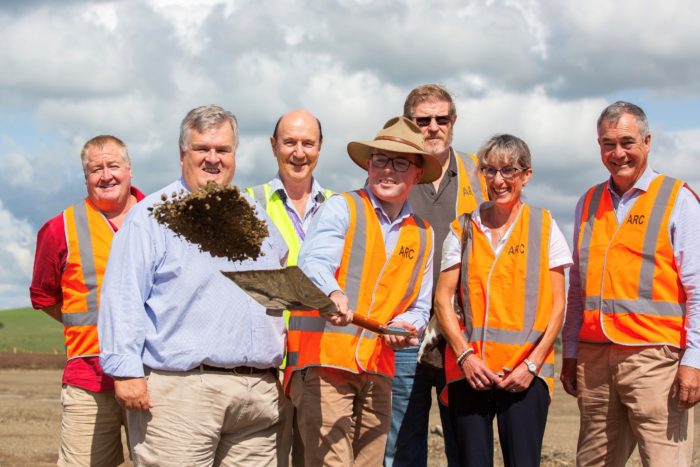 A PROJECT to secure the future of Armidale Regional Airport has officially taken off with Northern Tablelands MP Adam Marshall and Armidale Regional Council Mayor Simon Murray yesterday turning the first ceremonial sod of soil on the $3.8 million extension of the airside parking apron.

Mr Marshall said the State Government had contributed to $1.5 million to the upgrade.

“The nature of air travel and air freight is constantly changing and we need to make sure we have the facilities in place that are able to meet and adapt quickly to these changes,” Mr Marshall said.

“The apron extension is a key project in the overall redevelopment of this facility as it will allow the airport to cater for larger planes, more flights into and out of Armidale and subsequently a greater amount of overall airport traffic.

“Armidale Airport is one of the region’s greatest assets and by investing in these major works, we are ensuring the airport will be able to support growing passenger numbers and stimulate Armidale’s continued growth as a regional economic hub.”

Cr Murray said the apron expansion was one of the final pieces of the puzzle in the airport redevelopment.

“As a council we have been working incredibly hard to ensure the airport is able to meet and service the needs of our regional air carriers,” Cr Murray.

“The extension will not only accommodate for the current increased passenger demand of the airport but also future-proof the apron against expected aircraft changes in the future.

“This program comes with no strings attached for the community with the contractors undertaking a large portion of the work at night to limit the amount of disruption to airport traffic.

“The full program of works is expected to be complete, weather permitting, by the end of May.”