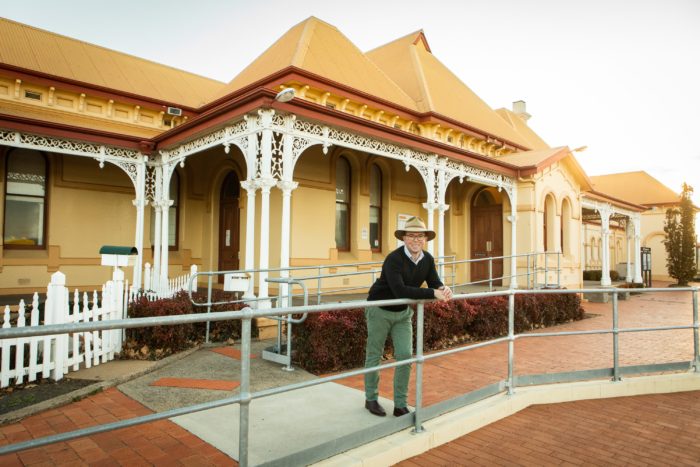 Mr Marshall said the State Government-funded upgrade would make it easier for all travelers, including people with a disability, to access public transport services from the station.

“With its mix of rail and coach services, the Armidale Station offers passengers accessible and affordable travel options between the New England and greater NSW,” Mr Marshall said.

“Following an extensive community consultation period early last year, Transport for NSW identified a number of works needed to ensure the facility continued to service the needs of our region’s passengers.

“For the first time the Armidale Station is now fully accessible to all customers, including people with a disability or limited mobility, parents and carers with prams and customers with luggage.”

Mr Marshall said a range of works were completed, including new toilet facilities for people of all ages and mobility.

“Existing footpaths around the station were stabilised to improve pedestrian access while car spaces and the kiss-and-ride area were extended to make for smoother pick-ups and drop offs.

“A formalised bus stop has been established at the entrance to the station so people can identify where they need to stand in preparation for boarding and disembarking.

“Security and safety has also been increased with additional closed-circuit television cameras and lighting installed on the platform, making travellers feel safer when they arrive on the evening Explorer service from Sydney.

The work started in July last year and 30 individual local tradespeople were employed on this project throughout, ensuring all the funding was kept in the local community.

The upgrade was delivered under the State Government’s Transport Access Program, an initiative to deliver safe, modern and accessible public transport infrastructure.

More than $2 billion has been committed to the Transport Access Program since 2011.