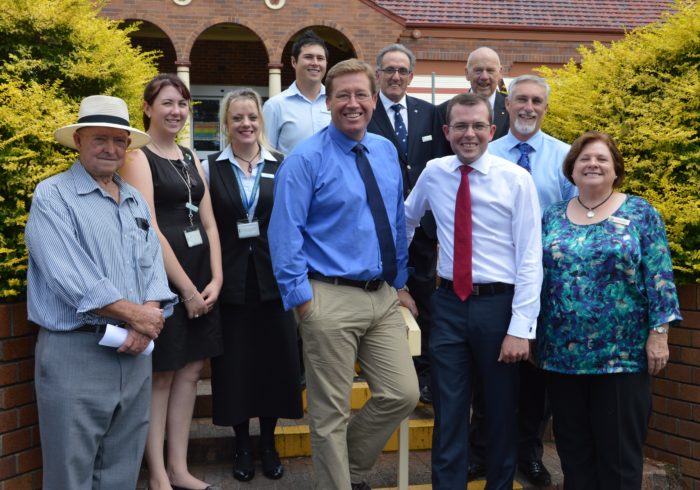 Mr Grant said the $30 million redevelopment of Inverell Hospital was unprecedented and would be funded and delivered if the Baird Government was re-elected.

“Inverell Hospital is a wonderful facility, which has cared for its community for decades, but is in need of an upgrade,” Mr Grant said.

“The redevelopment of Inverell Hospital will include a reconfiguration of emergency services, operating theatres, acute care, maternity and paediatric services, inpatient and community health facilities and renal dialysis.

“Patients will have access to modern health services closer to home and staff will be able to deliver their first-class care in a first-class facility.”

“Adam Marshall has been championing the need for an upgrade at Inverell Hospital and I’m pleased a re-elected Baird Government has heard his call and will deliver it,” Mrs Skinner said.

Mr Marshall said the Inverell community should “take a bow” for its overwhelming and public support of the upgrade, which he credited for securing the commitment.

“I cannot thank the people of Inverell enough for their support and efforts in getting to this day – credit and thanks should go to them,” he said.

“I’m very excited about this project and the enormous benefits it will bring to the whole district.

“This announcement marks a record investment in health services for the people of the Northern Tablelands with $60 million also announced for the major redevelopment of Armidale Hospital.

“I have been advocating strongly for the upgrade of Inverell Hospital and I’m delighted the government has committed funding to this vital project, which will mean so much to local patients and hospital staff.”