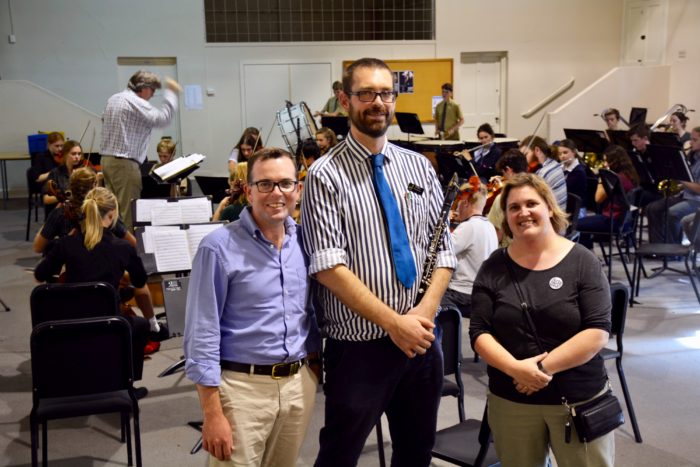 “The Armidale Youth Orchestra has been the mainstay of our city’s cultural offering for half a century and playing an as-yet-unheard symphonic piece to an enthralled audience at this important anniversary will be a magnificent way to celebrate the milestone,” Mr Marshall said.

“Titled ‘Where The Mountains Touch The Sky’, this piece will make the most of the 50-odd member ensemble, having been lovingly crafted by renowned local composer Paul Marshall for their specific talents.

“The celebratory concert, to be held at Lazenby Hall on Sunday, 19 August, is already looking to be one of the biggest nights on this year’s musical calendar.”

Mr Marshall said event organisers were going above and beyond to ensure the 50th anniversary was an unforgettable experience.

“The Youth Orchestra is an important pathway for the region’s young people to develop their musical skills, receive mentorship from prominent musicians and work with peers to create incredible performances,” Mr Marshall said.

“Many cities twice our size struggle to maintain an orchestra of any kind – the longevity and strength of our local ensembles are a testament to the amount of talent and passion here in Armidale.

“For this one-off afternoon performance, esteemed former composers and musicians are being invited to guest-star, bringing the 50 person youth ensemble closer to a full 100.

“With the orchestra twice its standard size and including some of the region’s most talented performers, this one-time performance will be one to remember – so be sure to pick up tickets early!”

“The milestone celebrates AYO’s link with the community, and we thought it would be great to get someone to write a piece specifically for it,” Ms Downer said.

“Paul Marshall is a multi-instrumentalist and an amazing musician.

“He’s used the beautiful landscape around the New England and his knowledge of the Orchestra to write a special piece.”

The Armidale Youth Orchestra’s 50th Big Birthday Bash will be held at Lazenby Hall on the afternoon of Sunday, 19 August. Tickets for the event go on sale soon.