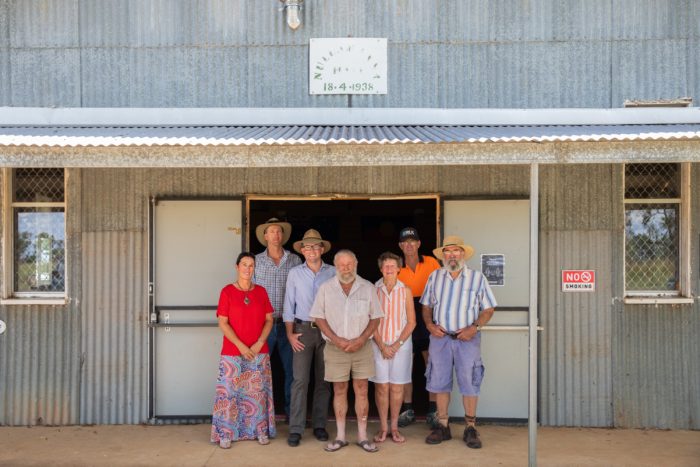 NULLAMANNA Hall will have plenty of power when it blows out the candles on 85 years in 2023, with Northern Tablelands MP Adam Marshall today announcing a $32,392 State Government grant to install a solar system and insulate the canteen ahead of the significant milestone.

Mr Marshall said Nullamanna Hall’s land managers had kicked-off a staged program of works which will modernise and make the building more user-friendly.

“This is wonderful news for the tight-knit Nullamanna community and its much-loved and well used hall,” Mr Marshall said.

“The priority project is the addition of a solar system on the roof, to bring down the hall’s annual running costs

“Annually, the hall’s power bills are more than $1,200 – which is a huge amount to cover and impacts on the board member’s ability to carry out other necessary maintenance on the buildings and grounds.

“In the canteen, the roof and walls will be insulated and lined, power points added along with a rangehood plus backsplash, gas connection, and hopefully, allowing the serving area to have a new surface installed.

“Finally, the grant will cover the pruning of several large trees near the hall which is necessary to make the site safer and reduce any damage branches might cause in a storm.

“These are significant improvements which will have Nullamanna Hall looking its best, and most functional, come time for its big birthday in April next year.”

Nullamanna Reserve Land Manager Secretary/Treasurer Yvette Crowther said as the hall approached the 85 year milestone the land managers want to ensure it remained a connection point within the community.

“Support through the Crown Lands Improvement Fund (CRIF) has enabled us to provide appropriate facilities to meet the needs of users of the public hall and recreational reserve,” Miss Crowther said.

“These three projects will make our reserve a viable community option for functions and local gatherings, decrease essential running costs and allow for a future with a potentially improved maintenance budget.

“The Nullamanna Hall, although a significant size with a large floor area, only has a ‘supper room’, not a recognised ‘kitchen’ facility.

“Long term we have plans for a potential extension of the hall, to allow for a kitchen to be installed. This will help continue to improve the working conditions for our volunteers and facility infrastructure for our users.

“For now, improvements to the current canteen will improve working conditions for our volunteers, support food handling procedures, and assist with WH&S compliance.

“We are pleased to be able to work with the State Government to ensure the building remains operational for many birthdays to come.”