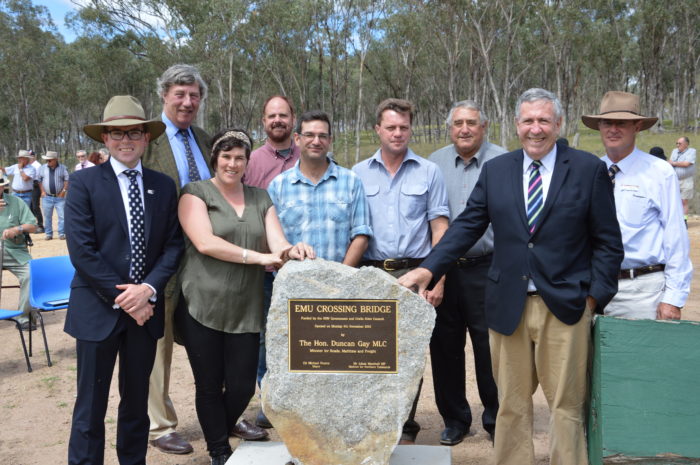 “This is a momentous occasion for the community who have been patiently waiting for more than 70 years for this new bridge to be funded – and here we are, as promised, delivering a new bigger, better and more reliable crossing,” Mr Gay said.

“The new bridge is located on a major arterial freight route in the north west of the state, and provides a link for motorists and freight travelling between the towns of Bundarra, Bingara, Warialda and Inverell to regional centres such as Armidale and beyond.

“This bridge is a fantastic outcome for the community and a testament to the good work which can be achieved when state and local governments and the community partner together,” Mr Marshall said.

“Before this project was completed, every time the old bridge closed from a flooding event, motorists had to travel via a 95 kilometre detour, significantly increasing travel times.

“The great news is that the new bridge eliminates that issue as well as improves safety for motorists, with about 1.6 kilometres of new road and straighter approaches.”

Mr Marshall congratulated the community on a passionate and sustained campaign for the bridge and Uralla Shire Council for the competent manner in which it delivered the major project.

The MP said a total of 16 girders and more than 1,000 cubic metres of concrete were used to build the modern structure.

“I am very pleased that the new bridge will retain the unique and famous name and that the old 1919 single lane crossing will proudly remain in place as a piece of Bundarra’s history,” Mr Marshall said.

Mr Marshall and Uralla Shire Mayor Michael Pearce presented signed and framed certificates of appreciation to all members of the Bundarra community’s bridge committee, in recognition of their efforts to secure government funding for the construction of the new bridge