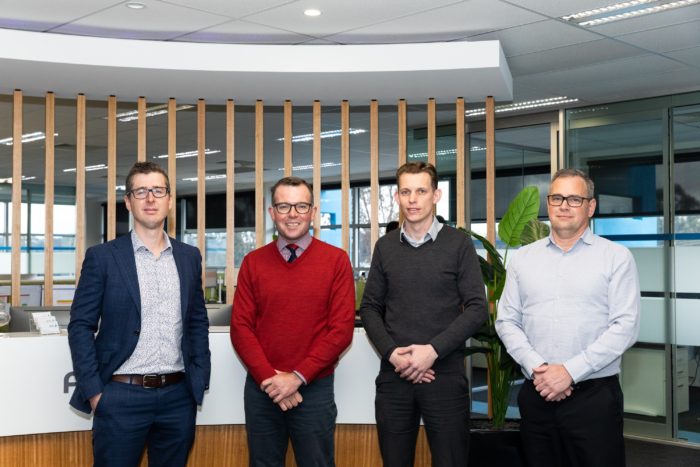 ARMIDALE-BASED first aid and consumer wound care manufacturer Aero Healthcare is preparing to embark on a journey of expansion, with Northern Tablelands MP Adam Marshall today announcing a $400,000 State Government grant to assist with construction of a new distribution centre at the Airport Business Park.

Funding has been provided through Stream 2 of the NSW Regional Job Creation Fund.

Mr Marshall said the new premises would allow for increased production and distribution, resulting in the creation of at least 20 new full-time jobs for the region.

“Due to the company’s rapid international growth in the last decade, Aero Healthcare’s Armidale based facility is no longer suitable with space restrictions.

“The new facility at the airport will nearly triple the available office space, triple the production space, and double its warehousing area.

“The facility will be equipped with state-of-the-art technologies, along with modern distribution automation systems.

“Aero Healthcare’s success in the North American and European markets is testament to the innovation and enterprise of our region.

“I look forward to seeing how the business continues to advance and attract new technologies and skilled workers to Armidale.”

Aero Healthcare Operations Manager Murray Scott said the funds would accelerate its investment into technology, staff and equipment to support our rapid growth.

“We are excited to be part of the Airport Business Park premium development, with our proposed 6,500m2, A-grade facility, demonstrating our long-term commitment to the Armidale regional economy,” Mr Scott said.

“This new distribution facility will be placed strategically halfway between Sydney and Brisbane, providing CBD access to both major cities in a little over an hour by air.

“The airport provides quick and easy access to staff based in either our Sydney or Brisbane based offices, while expediting our distribution across air networks.

“Utilising local and regional based contractors where possible we are undertaking construction this year with plans for completion in 2023.

“Through its geographic location and access to high-speed internet, Armidale has played a pivotal role in our global success, and we want to further leverage the unique competitive advantages the city has to offer through this expansion.”