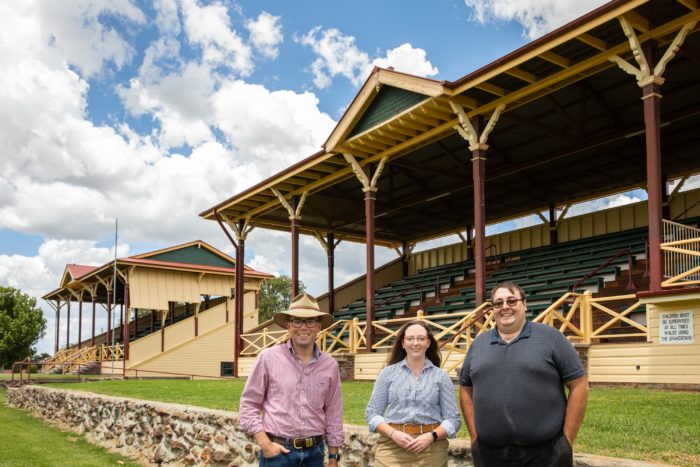 WITH the 2022 Armidale and New England Show only one sleep away, Northern Tablelands MP Adam Marshall has taken the opportunity to congratulate President Jessica Tadman on the return of a two-day event and announce a $45,000 State Government grant to support the festivities.

The funds were secured through the State Government’s Country Shows Support Package, which has now provided $225,628 to nine shows in the electorate.

Mr Marshall said the resumption of a physical show at Armidale would be well received, after last year’s virtual event.

“While some shows struggled in 2021 due to COVID-19 restrictions, Armidale and New England Show took it all in its stride and went online,” Mr Marshall said.

“The minimal, one day event last year focused on horse and livestock events, with no access to the pavilions and all exhibits put up online.

“The hit on gate takings was significant, down by $45,000. With the show back to a full two-day schedule in 2022, the State Government has stepped in and picked up the shortfall.

“This considerable $45,000 grant has given the committee power to hit reset, covering the majority of annual operating costs including advertising, panel, cool room and PA hire, security and pavilion prizes.

“With a focus on encouraging young people in farming, this year’s Young Farmers Challenge will be a monster, with funds used to purchase equipment for the showcase, to ensure the event can continue into the future.

“With the Armidale and New England Show back in all its glory I encourage the community to call in and see what is on offer.”

“What has been outstanding to see this year is the incredible injection of young blood into both the show’s committee and volunteer base.” he said.

“Combined with the experience of long-standing stewards, the Armidale and New England Show Society has put itself in a position of strength for the future.

“I think patrons will notice this weekend the innovative and fresh approach which has gone into the show, including the continuation of the virtual pavilion, ute show, local live music and demolition derby.

“All the old favourites like livestock exhibits, horse events and fireworks will also make up a jam-packed two days.”

The Armidale and New England Show is on Friday, 4 March and Saturday, 5 March.