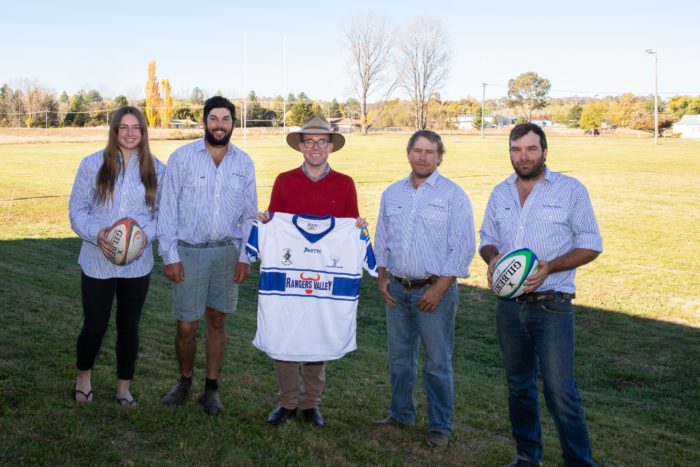 Mr Marshall said the grant would allow the club to reduce player registration fees to less than $100 for the season, making it more affordable to participate.

“When the Elks’ two senior sides stampeded onto the field for their first game of the 2021 New England Rugby Union season, there was no odd player out with everyone geared head to toe in the blue and white,” Mr Marshall said.

“No matter the code, footy is a part of country life during winter but unfortunately many clubs are struggling to get the numbers to put a side on the pitch due to people’s busy schedules and ever rising playing costs.

“In order to tackle the cost head-on, Glen Innes Rugby Club has been working on ways to reduce registration fees at the start of the season – which covers costs like player insurance and kit.

“This grant has considerably subsided 2021 registrations, meaning the club has been able to drop the cost to only $90 per player.

“Community sport has been an important part of Glen Innes’ recovery from the drought and devastating 2019-20 bushfires, giving locals an outlet to be physically active and bolstering community spirt.

“I wish the Elks, and all our rugby union sides, the best of luck this season.”

Glen Innes Rugby Union President Ben Emery said the club has committed its own resources to the pursuit of lowering the cost of entry to playing rugby in town.

“We know by the time team mates cough up to travel each week to games, purchase new boots and pay for their registration, playing rugby is not only a big time commitment but also a huge financial one,” Mr Emery said.

“Thanks to this grant around 40 registered players have benefited from the lowered registration costs.

“There are so many circumstances that restrict interested people from pulling on a jumper and running on the pitch each year, which is why the club is committed, where it can, to lower the financial barriers so the cost becomes one less limitation.”