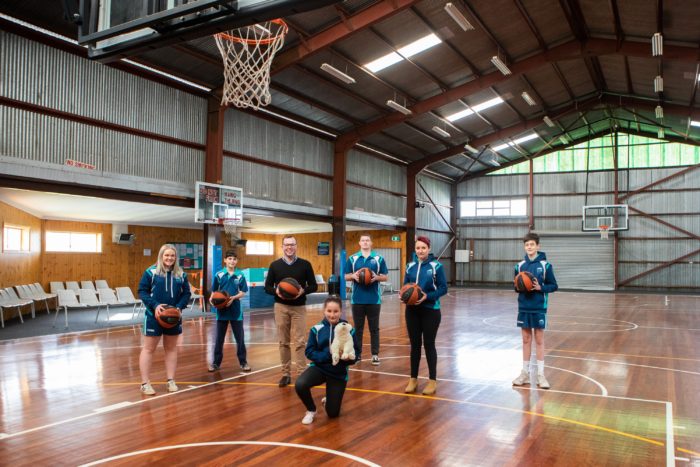 GLEN Innes basketballers will look the part when they take to the court in the next few months, with Northern Tablelands MP Adam Marshall today announcing a $5,000 State Government grant to purchase new representative uniforms for the Glen Innes Polar Bears.

Mr Marshall said representative teams across the region would come to recognise the Glen Innes Basketball Association when its pack of Polar Bears runs out on court in team colours.

“Over the past two years, basketball in Glen Innes has seen a significant increase in its membership, doubling in size to 200 players,” Mr Marshall said.

“Previously the association had been unable to provide representative opportunities for players across the divisions, with players having to travel to compete at higher levels.

“Now, with such a large amount of depth on-court, the club wants to claw its own mark on rep basketball, by putting together its own sides and using this funding to purchase uniforms in its colours of ocean, air force blue and white.

“The individual cost of equipment, travel and accommodation associated with playing representative sport can be huge and so this grant will help ease some of that financial pressure on players.”

Glen Innes Basketball Association President Donna McClelland said the organisation had recently undergone a major rebrand and was ready to shoot its own goals as a representative side.

“When opposing teams see our colours, we want them to immediately feel they have a competition on their hands,” Ms McClelland said.

“It has been many years since we have provided representative opportunities for all ages, and we really see purchasing these new uniforms as the first step in building a strong rep presence in the region.

“Carney Sports Marketing, which has a representative based in Armidale, have designed the uniforms and we expect to receive the final product in August.

“We are very keen to keep providing the best opportunities for our members and increasing our membership base and thank Adam and the Office of Sport for this amazing funding which will allow us to do that.

“Having a top notch set of uniforms is a tried-and-true method of developing team pride. I’m excited about the future of our association and look forward to the Polar Bears bringing home the silver wear to our trophy cabinet.”