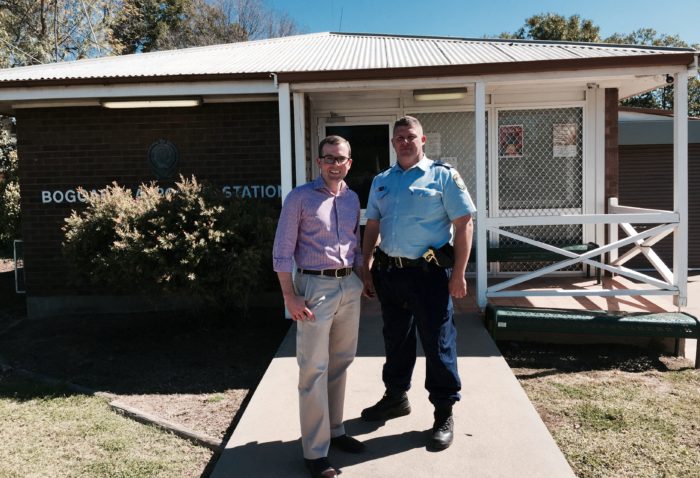 Mr Marshall said Mayor Katrina Humphries and police from the Barwon Local Area Command had approached him about securing funding to assist with law enforcement in the Boggabilla community.

“On a recent visit to Boggabilla, local police told me about the problems with a lack of good lighting in parts of Boggabilla and this was reinforced at meetings of the Moree Plains Crime Prevention Committee,” Mr Marshall said.

“Better lighting in public areas will discourage graffiti and other forms of vandalism and anti-social behaviour and make it easier for police to detect crime and identify the offenders.

“It will also make community members feel safer when they’re walking through public areas at night. Council will receive the money shortly and be able to install the lighting in accordance with a plan already agreed on with local police.”

“Council and the police should be congratulated for taking the initiative with steps to help prevent crime in Boggabilla.”

Mr Marshall said vandalism was an ugly stain on all communities and the culprits must be forced out of the shadows.

“It is frustrating to see homes, businesses and public amenities damaged for no reason and that’s why the government is investing in projects that make it harder for offenders to get away with their destructive and criminal behaviour,” he said.

“Graffiti alone costs over $100 million each year to clean up in NSW and that’s money far better spent on improving services for the community.

“The Safer Community Compact program recognises local people understand the crime problems their towns face and play an important role in addressing them.”

The NSW Government provides up to $1.369 million each year to help councils deliver grassroots solutions to crime.