$50,000 TO TAKE URALLA’S ZERO NET ENERGY PROJECT TO NEXT STAGE 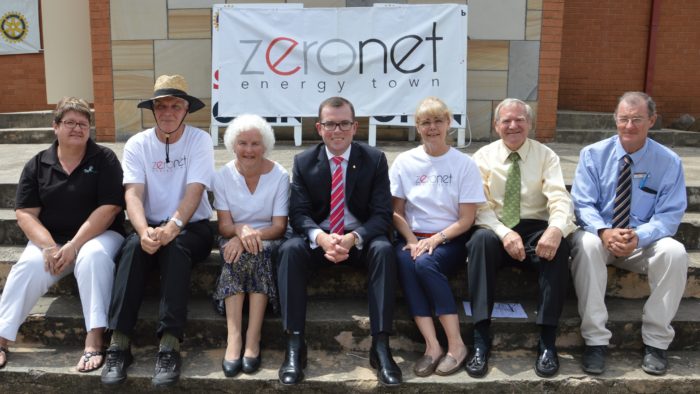 Mr Marshall said the local ZNET reference group would use the funds to employ a project co-ordinator’s work with the community on energy efficiency and renewable energy initiatives outlined in the ZNET Blueprint, which was launched by Environment Minister Mark Speakman in November last year.

“I’m delighted to see further funding being provided by the government to allow this exciting initiative to take the logical next step towards achieving complete energy efficiency.”

Mr Marshall said the aim of the ZNET blueprint was to identify how an Australian community could generate all its energy needs from renewable energy, in a way that is competitive in terms of price, quality, security and reliability.

He said the blueprint detailed how Uralla and a similar sized town could generate its energy needs from renewable energy.

“Uralla is well on its way to be a blueprint for other towns across rural and regional NSW, and Australia, that want to become energy efficient,” Mr Marshall said.

Today’s announcement brings total state government funding support to $150,000 with more in the offing if Mr Marshall has anything to do with it.

“This is such an exciting yet simple initiative that I’d love to see replicated across other regions and towns,” he said.

“With ZNET getting legs and combined with a number of impressive solar and wind projects completed or about to begin construction, we’re creating a wonderful renewables cluster in the Northern Tablelands, which is something I’m very keen to foster and give my full support.

“It makes good sense for the environment, helps reduce our annual energy bills, and importantly for us the bush, a real shot in the arm for our local economy with large amounts of investment and jobs created.”

Environment Minister Mark Speakman said Uralla could achieve 40-70 per cent of its energy goal within 10 years by using available programs and commercial products.

“One of the first actions of the Uralla Z-NET project will be to deliver Renewable Energy and Energy Efficiency projects in households and businesses,” Mr Speakman said.

“The Uralla project has been an exciting and ambitious challenge, with the blueprint providing a model for other NSW towns.”