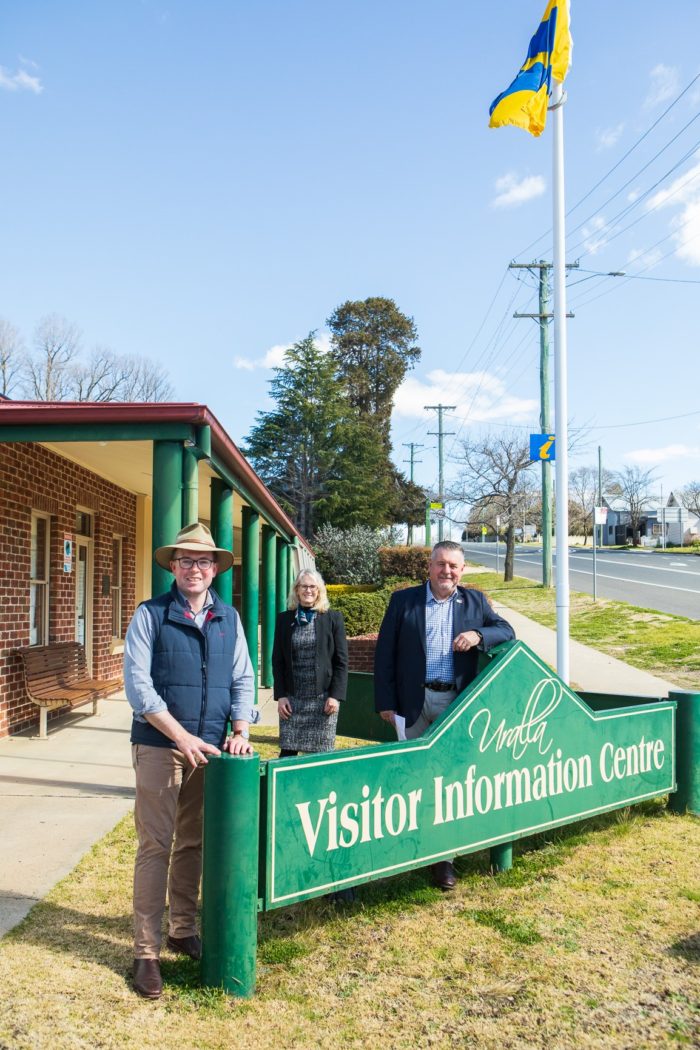 The gateway to the New England is about to shine with a half-a-million-dollar refurbishment of the Uralla Visitor Information Centre (VIC) planned to entice potential tourists to stop, stay and spend in the town.

Northern Tablelands MP Adam Marshall today announced $400,000 in State Government funding for the project which will increase the visitor center’s visibility and provide the ‘wow’ factor needed to entice visitors to stop off in Uralla. The remaining $100,000 is funded by the Drought Communities Extension Program.

“Uralla is the first town travelers from the south arrive in after climbing the Moonbi Range, and as such really is the ‘Southern Gateway to the New England,” Mr Marshall said.

“The Uralla VIC plays an important role in promoting sites and activities across the entire New England, however due to its current configuration there is limited space for local produce and tourism displays.

“That will be rectified with the removal of a number of walls to create a more open and inviting space for visitors and staff.

“To provide a relaxing place to stop and have a cuppa, a garden area is proposed at the rear at the VIC in the existing grassed area in front of the library.

“The garden will have a small waterfall and native ground covers, shrubs and small trees planted throughout, with plans to include a ‘bush tucker’ area with interpretive signage providing information on traditional food sources utilised by the local Aboriginal community.

“Benches will be constructed from old bridge timbers stored in the council depot and the existing disabled carpark is upgraded to comply with the standard.

“This is an exciting development, which I think will greatly increase the number of people stopping into the visitor centre and choosing to stay and make the most of Uralla’s hospitality.”

For further information about the NSW Government’s Drought Stimulus Package, go to www.nsw.gov.au/droughtstimuluspackage