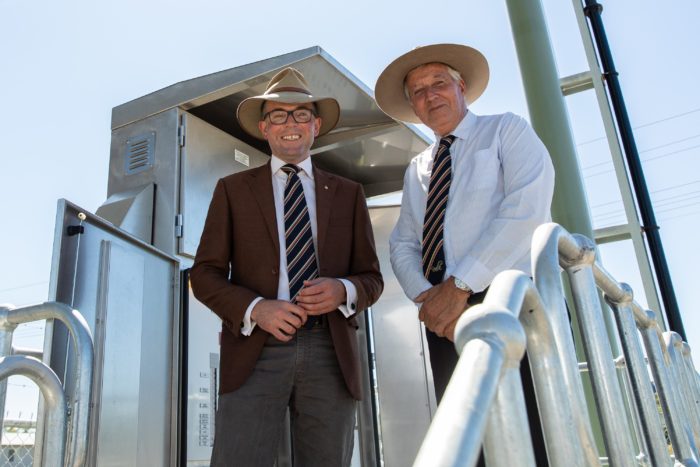 This project was funded by a $6.5 million grant from the State Government’s Safe and Secure Water Program and $2.3 million from Uralla Shire Council.

“This is an important day for the community of Bundarra, as it farewells the onsite septic wastewater management systems and transitions to a more appropriate method of community waste water management,” Mr Marshall said.

“Benefits of the new system include reducing potential groundwater impacts addressing odour issues and improving water quality in the Gwydir River, which is a source of water for downstream communities.

“More than 170 homes and businesses in Bundarra are now be serviced by an onsite pump and tank arrangement, connected to a sewer line located in the road reserve.

“This was a necessary infrastructure project, which brings Bundarra in line with larger communities across the region.”

Cr Bell said he was delighted that council and the NSW Government could join forces to deliver the new Bundarra Sewerage Scheme.

“This project has been on our radar since the 1970s, so seeing it completed is a massive win for the community,” Cr Bell said.

“The new scheme will be managed and operated by council, relieving residents of the burden of having to maintain their septic systems.”

The Safe and Secure Water Program is a $1 billion regional infrastructure program established in 2017 that co-funds eligible water and sewerage projects in regional NSW.