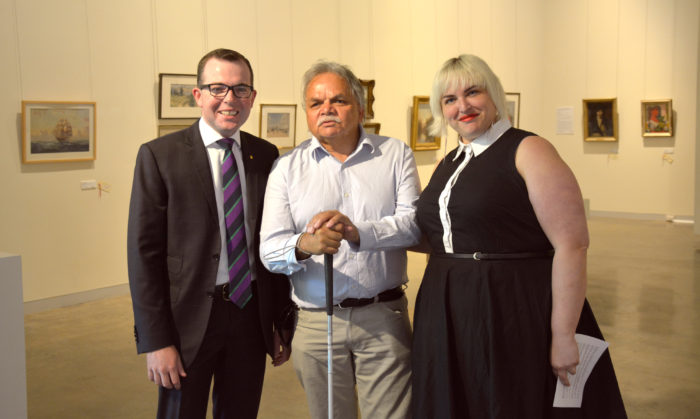 THE Myall Creek Massacre stands alone in its historical significance for Australia and a pivotal moment in the relationship between Aboriginal and non-Aboriginal people.

The tragic slaughter of 28 unarmed Aboriginal men, women and children by white settlers on 10 June 1838 resulted in the first occasion where British subjects were charged, convicted and hanged for killing Aboriginal people.

This year marks the 180th anniversary of the massacre and the horrific event will be further commemorated, with the NSW Government providing $80,000 in financial support for the upcoming Myall Creek and Beyond exhibition.

“The Myall Creek massacre marked a turning point in Australian history, where finally early settlers were finally brought to justice for the murders of Aboriginal people,” Mr Marshall said.

“Even 180 years later, the descendants of the survivors hold June 10 as a very significant and traumatic day, well deserving of increased community awareness.

“This funding will help create and display a series of new works from indigenous artists, commemorating and commiserating this terrible historic event.

“These artworks, videos and displays will form a key part of a publication education campaign, involving communities across the New England sharing their stories and understanding of the massacre.

“This will culminate in a symposium and publication later this year, helping to share the ongoing significance of Myall Creek with the broader community.”

Myall Creek and Beyond is scheduled to run for five months at the New England Regional Art Museum, from Friday, 8 June, to Sunday, 14 October.

Mr Widders, a descendant of the Wirrayaraay survivors of the massacre, said the exhibition would help raise awareness of the murders.

“It will raise a lot more awareness and help the conversation continue. Up until 25 years ago no one even knew that the massacre had happened,” Mr Widders said.

“The exhibition brings attention to an important, yet tragic and uncomfortable event in history which continues to have an effect on many people,” Ms Parsons said.

“We’ve looked to include artists that explore politics, Australian Indigenous history, law, colonialism, loss of language and the important ongoing discussions about the aboriginal experience. Through this, we hope to give everyone an opportunity to see through these viewpoints.”