$2,500 BRINGS A BUZZ TO THE UNIVERSITY OF NEW ENGLAND’S CULTURE FEST 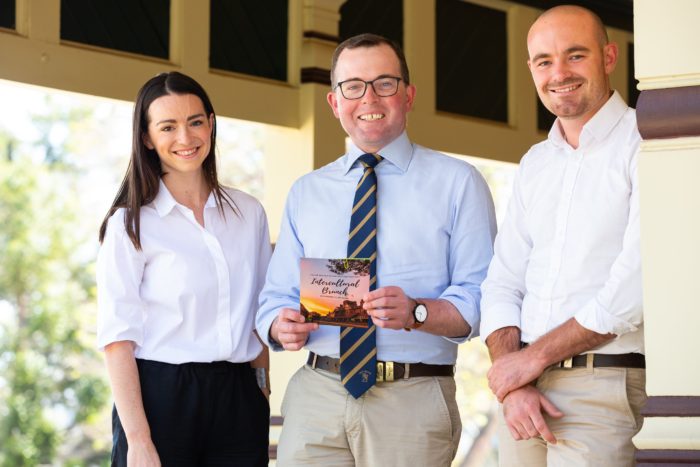 THE University of New England (UNE) is bringing the cultures of the world to Armidale’s Curtis Park next month and Northern Tablelands MP Adam Marshall has stepped up to provide support for the event, today announcing $2,500 in State Government funding to make it a success.

With students from more than 60 countries studying at UNE and living in Armidale, next month’s Culture Fest event will be a great way to bring the university and wider community together, according to Mr Marshall.

“The Armidale of today really lives up to its title of city with a vibrant mix of people from different ethnic backgrounds calling it home,” Mr Marshall said.

“UNE International has done an amazing job over the past two years transforming Culture Fest form a one-day event to an amazing three day experience which showcases food, art and dance from around the globe.

“One of the highlights of this year’s itinerary is the Festival Night which the NSW Government has supported and will see Central Park transformed with multicultural music and performance, international food stalls, live displays and a kids culture zone.

“Festivals like this are important in fostering understanding in the community and I look forward to getting along to Central Park and sampling some of the fantastic food and I urge others to do the same offer.”

UNE International’s Events and Community Engagement Officer Alexandra Cook said Culture Fest was borne out of the growing number of overseas students moving to the region to study.

“Culture Fest is bigger than it’s ever been before and we couldn’t have done it without the involvement of our students and the support of organisations and people like Adam,” Ms Cook said.

“This year’s itinerary includes an Indian film screening at the Belgrave Cinema, with tasty Indian snacks being served up by members of the Indian community and part of these proceeds are going to an International Student Scholarship Fund.

“Armidale is an incredibly welcoming city and I encourage the entire community to take the time to attend one of the many fun events.”