$880,000 TO WIDEN AND SEAL NOTORIOUS SECTION OF KEMPSEY ROAD 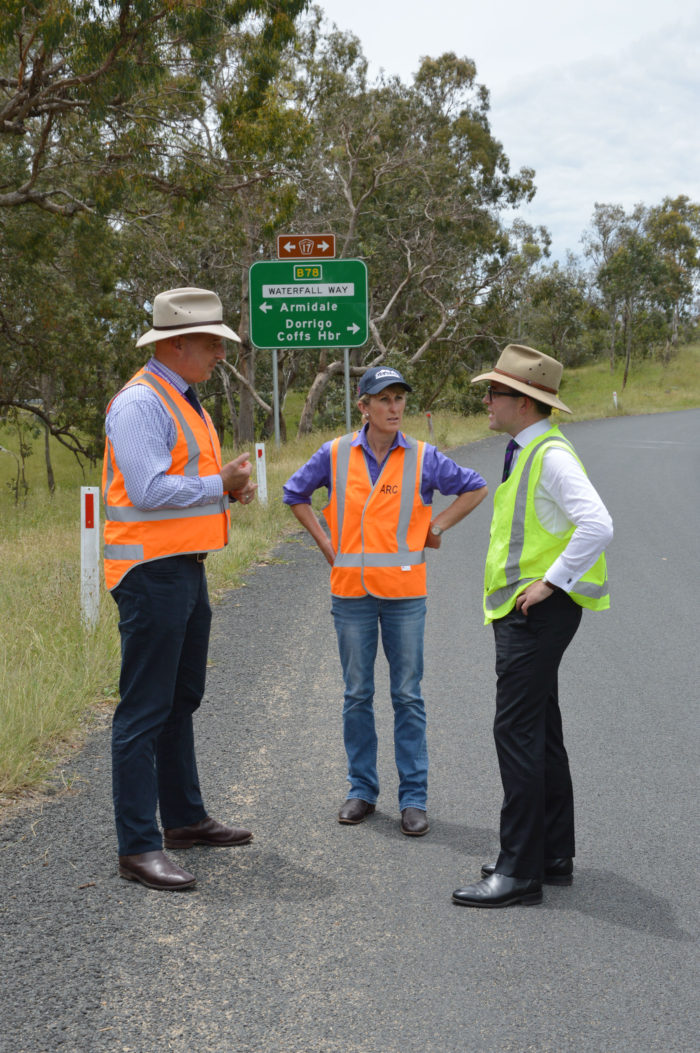 MEMBER for Northern Tablelands Adam Marshall today announced the NSW Government will fund the long-awaited Kempsey Road upgrade project, with the $879,882 overhaul promising to be better for traffic, faster for freight and stronger to reduce maintenance burden on ratepayers.

“These upgrades will go a long way to improving the longevity and reliability of Kempsey Road, a vital route that carries more than 140,000 tonnes of freight each year,” Mr Marshall said.

“While the steep gradient, unsealed surface and narrow roadways make driving along Kempsey Road challenging, it’s an essential route for timber, livestock, and freight drivers servicing Armidale and the coast.

“Even light rain can cause conditions to deteriorate rapidly – to the point where heavy vehicles regularly need to be pulled up the hill by a tractor or council grader.

“This upgrade program will seal 2.3 kilometres of problematic roadway and widen areas of the existing road by 2-3 metres to improve safety passing heavy vehicles.”

Mr Marshall said that the upgrades would allow B-Doubles to access more properties along Kempsey Road, reducing overall vehicle movements along the route.

“Bigger vehicles make fewer trips, which leads to savings for ratepayers and higher returns for producers at the farm gate,” Mr Marshall said.

“These upgrades will reduce council’s annual maintenance burden by almost 70 per cent, saving ratepayers $19,500 each year. Producers will see their transport costs slashed by $1 a kilometre thanks to shorter trip times and distance.

Armidale Regional Council was preparing to fund the entire project from the Stronger Communities Fund, provided by the NSW Government to merged councils.

Mr Marshall said today’s announcement would allow council to redirect the resources to other community facilities.

“Today’s funding is a win for the local economy, delivering 10 full-time jobs during construction, allowing year-on-year growth for local industry and saving Armidale Region’s ratepayers hundreds of thousands of dollars that can now support other projects,” Mr Marshall said.