$881,606 PROJECT TO INCREASE ACCESS AT LAKE INVERELL ON TRACK 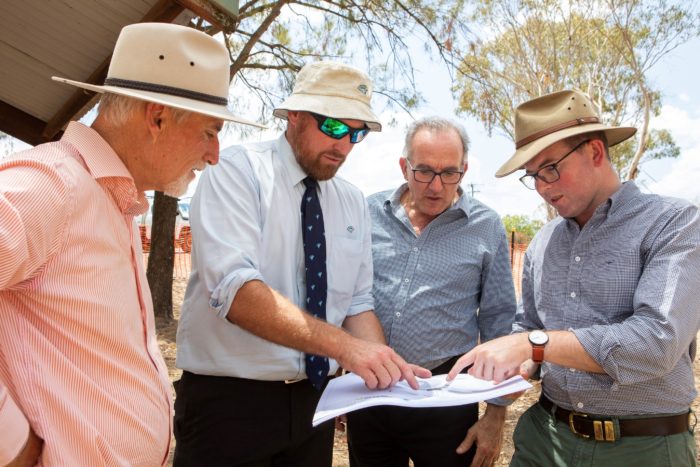 MORE people than ever will soon be able to experience picturesque Lake Inverell with the first stage of the $881,606 all access project, a looped access road, being constructed along the edge of the important local nature reserve.

Northern Tablelands MP Adam Marshall recently inspected the State Government-funded project which will result in the area becoming more accessible to the community, especially those with mobility problems.

“When Lake Inverell is full of water it really is one of the town’s most spectacular sites which I think everyone should have the opportunity to experience,” Mr Marshall said.

“Inverell Shire Council has started work on the large scale project by constructing a looped access road, which when sealed will allow vehicles to park alongside the lake.

“Council will next begin drilling the piers for the wooden boardwalk and viewing platform to improve disability access along the water line.

“Moving forward council staff still have to install new signage, concrete footpaths, bubblers and seating which will really make the area welcoming for families after work or individuals in their lunch break.

“With construction in full swing now you can really see the design effort which has gone into ensuring the pristine environment is maintained.”

Mr Marshall said once complete the Lake Inverell precinct would become a centre for local recreation.

“Not many towns can boast they have lake side walking paths situated next to a top-class, competitive cycling criterium,” Mr Marshall said.

“Already nearly 3,000 people a year utilise the area for activates like kayaking and canoeing and I think this increased land access will really transform Lake Inverell into a premier visitor attraction.

“I commend Inverell Shire Council for the effort it has put into improving existing and installing new outdoor amenities which encourage everyone to get out and about and be active.”